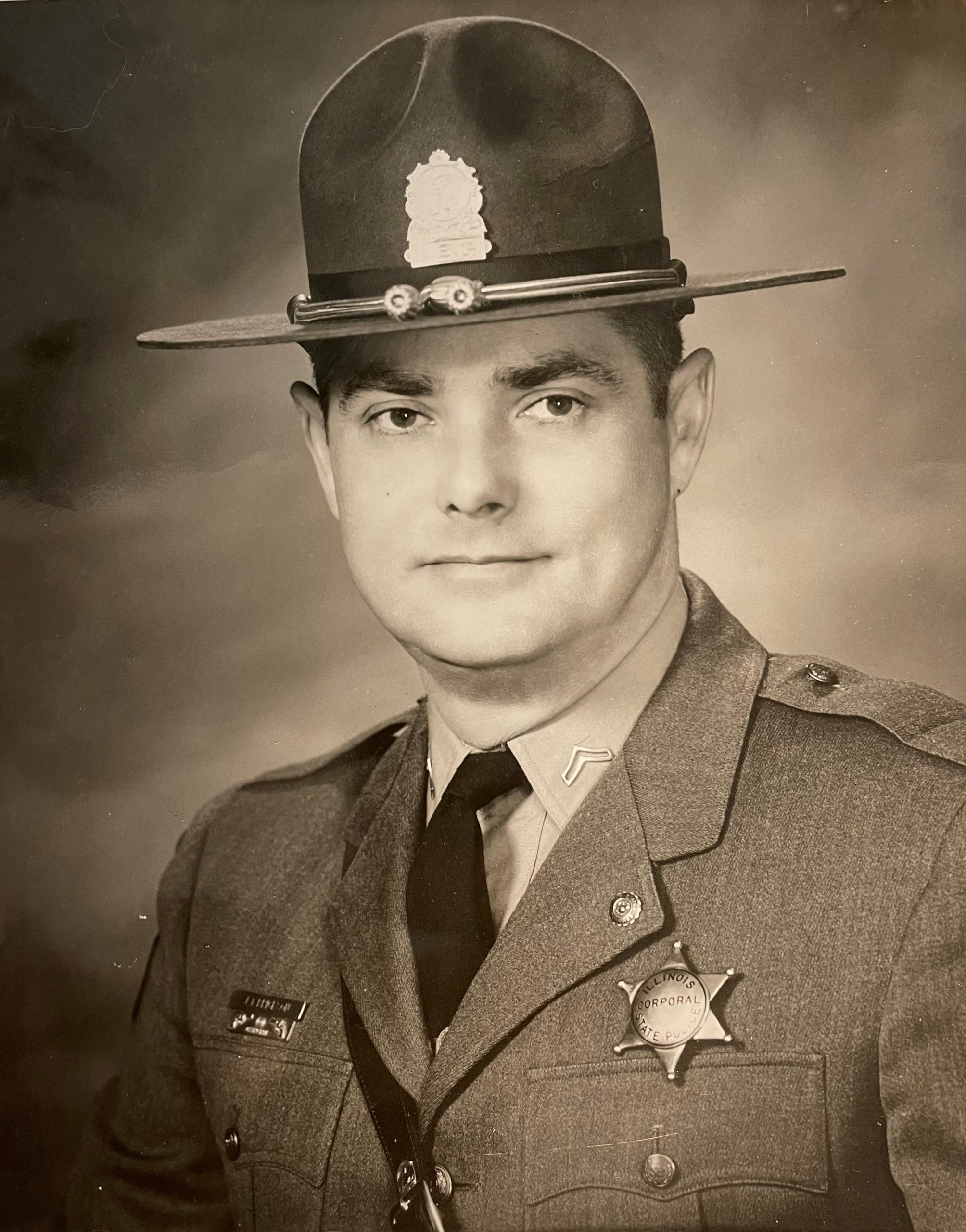 Jack Thomas Erickson, 87 of Crystal Lake, Illinois passed away peacefully on December 11, 2021. He was born August 14, 1934 in Duluth MN to John and Dorothy Erickson. He attended schools in Duluth, Chicago and college in Urbana. He married Mary Anne Bilek on June 14, 1958. Mary Anne passed away in June, 2006.

He joined the U.S.M.C. in 1954, served with the 2nd Battalion of the 8th Marines, and was discharged in 1957. He served for 25 years with the Illinois State Police from 1960 to 1985. He was involved with most phases of law enforcement including supervision and
management positions retiring as a Master Sergeant. After retirement he and his wife opened and operated Erickson’s Kennels Inc. in Crystal Lake.

He is survived by his two daughters Jane (Tony) Musel of Wonder Lake, Amy Erickson-Franz of Crystal Lake, his son Neal (Brenda) Erickson of Crystal Lake, and his grandsons Owen and Evan Erickson.

He was preceded in death by his parents and wife Mary Anne.

At Jack’s request, there will be no funeral and the memorial service will be private.

Arrangements have been entrusted to the Justen Funeral Home & Crematory, McHenry, Illinois. For information, please call the funeral home at 815-385-2400, or visit www.justenfh.com, where friends and loved ones may share memories of Jack on his tribute wall.

To leave a condolence, you can first sign into Facebook or fill out the below form with your name and email. [fbl_login_button redirect="https://justenfh.com/obituary/jack-thomas-erickson/?modal=light-candle" hide_if_logged="" size="medium" type="login_with" show_face="true"]
×