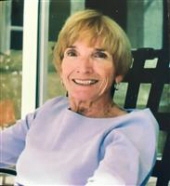 Jacquelyn (Jackie) Hines Kerwin, 87, nee Jacquelyn Mara, residing in McHenry, Illinois, formerly of Naples, Florida, and Big Bend, Wisconsin, passed away April 23, 2016, with family by her side. She was born in Grand Rapids, Michigan, on September 20, 1928, to Virginia Stickney Mara and Howard Mara.
She married John P. Hines in April of 1951, who preceded her in death on March 1, 1978. She was loving and generous to their three children and their spouses Michael (Dawn) Hines, Judith (Hayden) Schoen and Robert (Penny) Hines. She was a fun-loving grandmother, beloved by her grandchildren Meredith (Eric) Vandenberg, Paul Hines, Hayden, Jr. (Theresa) Schoen , Katie Schoen and Janine (Matt) Hunt, and her four great-grandchildren, Owen and Marcus Vandenberg, and Isaiah and Carter Hunt.
She married Joseph E. Kerwin in January of 1985, who preceded her in death on March 23, 2012. She was a friend to Joe’s children, Mary (Jeff) Syslack and Pat (Kirk) Dunlap, grandmother to Elizabeth (Brian) Randleman, Peter (Victoria) Syslack, Bridget Dunlap, Joe Dunlap and Jeff Dunlap, and great-grandmother to their children.
She was also preceded in death by her sister Millicent (Mitzi) Maquet, sister-in-law Barbara (Hines) Kalmbach, brother-in-law Fritz Kalmbach, and nephew Kurt Kalmbach. She is survived by her sister-in-law Marianne Hines, Barbara’s daughters Kathi, Kim, Barb, Karen, and Mitzi’s daughter Heather.
She worked for the Waukesha, Wisconsin Public School System and at Sally Kramer’s Furniture Collection on Marco Island, Florida, alongside her best friends, Sally Kramer and Suzie Hyme.
She was a proud and happy attendee at many birthday parties, soccer games, concerts, community plays, and graduations for her grandchildren.
She had an eye for design, and her homes were skillfully and playfully decorated with her extensive frog collectibles. She was a wonderful cook and loved to entertain. She loved all animals, but had a particular fondness for dogs and cats, and never found one that she couldn’t and wouldn’t spoil with kindness and treats. She was an avid reader, a friend to many, loved to go out to dinner, had fond memories of weekend ski trips with friends and co-workers, and always loved a good glass of red wine.
Her family would like to thank all the wonderful, caring staff at Fox Point, Fox Point Manor and JourneyCare Hospice, who so expertly and compassionately cared for her during the last few months of her life.
She loved visiting the National Parks and watching and feeding her backyard birds, particularly Chickadees. Memorials can be made to the National Parks http://www.nationalparks.org/support-parks, which was her wish.
The family will be honoring her memory and celebrating her life with a gathering over Memorial Day weekend.
Her love of life, her generous spirit and laughter will be missed. 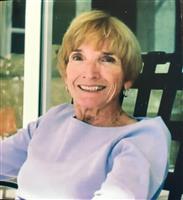