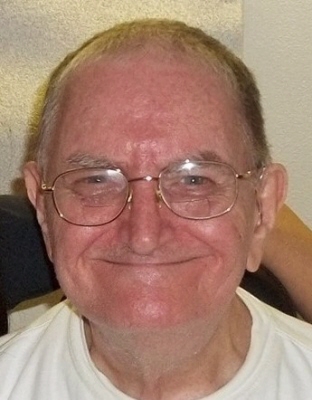 James Aron Stephenson, age 81, of McHenry, Illinois, passed away on June 23, 2020, in McHenry IL. He was born on November 5, 1938, to Richard and Evelyn (Christianson) Clark in Long Beach, CA. On November 5, 1960, he was united in marriage to his loving wife Betty in Los Angeles, California.

A devoted husband, proud father, and grandfather, James was a 16-year veteran of the Navy and Air Force. During those sixteen years, he obtained the rank of Staff Sergeant. James worked hard to provide for his family. He was a bus driver for over 11 years and finally retired on March 10, 1986. After his retirement, he stayed busy working several odd jobs, mostly maintenance related services.

In his spare time, he loved to watch movies and TV shows about the military, like JAG. He also liked to watch the Highlander TV series and owned many collectibles based on that show. Collecting things was a passion project for James. He collected stamps, model trains, boats, baseball cards, and other miscellaneous items.

James was also really into electronic gadgets. Whether it was a new DVD player or TV, he just liked the idea of new technology. During the time he spent in California, James became a fan of the Los Angeles Dodgers baseball team. His family remembers many family trips to the ballpark to see the Dodgers play.

Defining moments in James Stephenson’s life would be the birth of his two sons. James was a devout Christian who raised his boys in the church and later in life had a rededication to his faith. He would say that his greatest treasure was his family and friends and the memories that they were able to create.

He was preceded in death by his father: Richard Clark, mother: Evelyn Clark, and wife: Betty Stephenson.

For more information, please call Justen Funeral Home & Crematory at 815-385-2400, or visit www.justenfh.com, where friends and loved ones may share their memories of James on his tribute wall.

To leave a condolence, you can first sign into Facebook or fill out the below form with your name and email. [fbl_login_button redirect="https://justenfh.com/obituary/james-aron-stephenson/?modal=light-candle" hide_if_logged="" size="medium" type="login_with" show_face="true"]
×