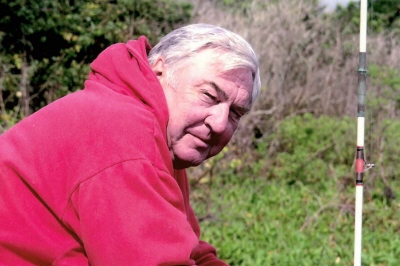 Jim and his wife, Joan, were co-proprietors of Adams Auto Body and Service Center in McHenry. Jim’s favorite pastime was restoring old cars, airplanes and motorcycles. He also enjoyed the outdoors, fishing, spending his summers in Birchwood, Wisconsin, and his winters in River Ranch, Florida. Jim’ real enjoyment could be found in time spent with friends and loved ones.

James is preceded in death by his wife, Joan (Kurz) Adams, his parents, Mathias and Dorothy (Bauer) Adams, his son William Adams, his daughter, Jane, and a grandson, Lucas.

Visitation will be held on Wednesday, April 7, 2021 from 10:30-11:00 am with a funeral mass to follow at 11:00 am at St. Mary’s Catholic Church in McHenry, Illinois. Inurnment will follow at St. John the Baptist Catholic Cemetery in Johnsburg, Illinois.

In accordance with public gathering restrictions, attendees are expected to wear a mask and observe social distancing. The funeral home staff with monitor capacity limits and allow up to 50 people in the church at a time.

If anyone would like to join the family after Mass, the family has extended an open invitation to join them at 31 North Banquets & Catering located at 217 Front St Mchenry, Il 60050

Arrangements have been entrusted to the Justen Funeral Home & Crematory in McHenry, Illinois. For information, please call the funeral home at 815-385-2400 or visit www.justenfh.com, where friends and loved ones may share memories of James on his tribute wall.

To leave a condolence, you can first sign into Facebook or fill out the below form with your name and email. [fbl_login_button redirect="https://justenfh.com/obituary/james-bauer-adams/?modal=light-candle" hide_if_logged="" size="medium" type="login_with" show_face="true"]
×