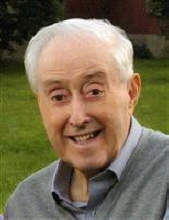 Jim was a lifelong resident of McHenry and co-owner of the 61 year old family business, George P. Freund, Inc., with his brothers George and Bob.  He was a lifetime member of St. Mary’s Church in McHenry, as well as a Legion of Honor member of the Catholic Order of Foresters.

Jim was a proud veteran, serving in the Philippines with the U.S. Army during World War II.  He was also a member of the VFW Post 4600 and American Legion Post 491.

An accomplished musician, he was a member of American Federation of Musicians Local 48.  He played the baritone saxophone for the McHenry City Band for 53 years, and also played in the Bob Freund Orchestra.

Interment will be in St. Mary’s Cemetery, McHenry. 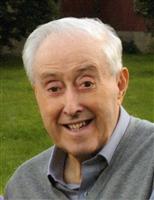 To leave a condolence, you can first sign into Facebook or fill out the below form with your name and email. [fbl_login_button redirect="https://justenfh.com/obituary/james-c-freund/?modal=light-candle" hide_if_logged="" size="medium" type="login_with" show_face="true"]
×