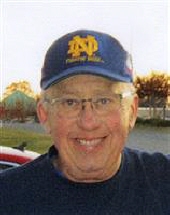 James Robert MacGilvray, age, 78, of Woodstock, died June 10, 2014 in Elk Grove Village.
He was born April 4, 1936 in Morrison to James P. and Mary Katherine (Andrews) MacGilvray. On September 17, 1960, he married Paula J. Bush at St. Kilian Church in Chicago.
James was an alumni of the University of Notre Dame. He was employed at Harper-Wyman Company in Hinsdale, then from 1976 to 1987 he worked for Brake Parts in McHenry.  Later he then worked for Chicago Rawhide in Elgin for two years and, from 1989 to 2001, for Camcar Division of Textron Inc. in Rockford.
He enjoyed snowmobiling and boating in Lake Michigan.  Jim also loved to travel. He traveled in his motor home to 48 States and a good portion of Northeastern Canada. He had also traveled to Hawaii, Alaska and to most of our national parks.
Survivors include two children; Lea Ann (David) DeMarais of McHenry and Scott (Nancy) MacGilvray of Greenville, NC; five grandchildren, Brandon and Justin DeMarais, Steven, Michael (Katie Thompson) and Colleen MacGilvray; his loving companion, Julia Fair; and two brothers, J. Alan MacGilvray and John (Susan) MacGilvray;
He was preceded in death by his wife, Paula, on January 7, 2004; a grandson, Ryan Thomas DeMarais; and his parents.
Friends may visit with the family from 9:30 am until the time of Mass at St. Patrick Catholic Church, 3500 W. Washington Street, McHenry, on June 28, 2014.  The memorial Mass will be at 10:30 a.m. at the church.
Inurnment will be at St. Patrick Countryside Cemetery, McHenry.
Arrangements were entrusted to Justen Funeral Home & Crematory. For information, call the funeral home at 815-385-2400, or visit www.justenfh.com, where friends can leave an online condolence for the family. 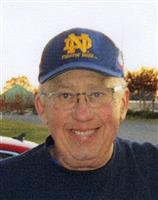 To leave a condolence, you can first sign into Facebook or fill out the below form with your name and email. [fbl_login_button redirect="https://justenfh.com/obituary/james-robert-macgilvray/?modal=light-candle" hide_if_logged="" size="medium" type="login_with" show_face="true"]
×