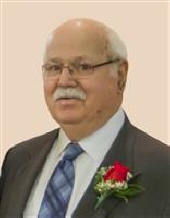 James William Ayers of Spring Grove, Illinois, formerly of Rochester, Minnesota and Waterloo, Iowa, died peacefully on March 5, 2014 in McHenry, Illinois. Upon his death, Jim was surrounded by his family and supported by many family members and friends.

Jim was born in Waterloo, Iowa on December 31, 1941 to the late Lowell and Katherine Ayers. While at Waterloo East High School, Jim worked as a writer at the Waterloo Courier and later at the Fort Dodge Messenger and Rochester Post Bulletin. In the late 1960’s, Jim worked in Public Affairs with the Minnesota Republican Party, moving back to Rochester as an Editorial Writer at the Post Bulletin.

In 1976, Jim married Margaret “Maggie” Bellingham. They lived in Rochester for 18 years with their two sons, Nathan and Brandon, and moved to Johnsburg, Illinois where Jim was an independent insurance agent. Jim was a member of All Saints Lutheran Church and the Johnsburg OldTimers Baseball Club.

Jim’s love of sports was expressed via his officiating recreational, youth, high school and college baseball, softball, basketball, football and volleyball, which continued up until the time of his death. Jim enjoyed attending local sporting events as well as the University of Minnesota Golden Gopher games with Nate and Brandon. He was a willing traveler, joining Maggie and his in-laws Nancy and Brian Houdek to out-of-the way locations around the world. Jim had a very unique sense of humor and did not hesitate to add a joke or pun to most conversations, especially while playing board and card games with the family. He loved watching the birds and wild-life from the back deck, and shared squirrel feeding techniques with Brian. Jim was a very special husband, father, relative and friend; he will be remembered for his easy-going and caring nature. Each day Jim would strike up a conversation with neighbors, friends and strangers; he remembered each and every person when their paths crossed at a later date.

Jim is survived by his wife, his sons Nathan and Brandon (Giana), his siblings Josephine (Phil), David (Bev), John (Cathie) and Joan (Diane), his father and mother-in-law Bill and Carmen Bellingham, in-laws, and many nieces, nephews and extended family and referee colleagues.

A celebration of Jim’s life will be held at All Saints Lutheran Church in Fox Lake, Illinois on Sunday March 9, 2014 at 2 PM. Jim’s family will greet friends at the church one hour before the service.

Memorials in Jim’s name can be made to the American Heart Association, Greater Midwest Affiliate, Memorials and Tributes Lockbox, 3816 Paysphere Circle, Chicago, Illinois 60674.

Justen Funeral Home & Crematory, McHenry, is assisting the family. For information, please call the funeral home at 815-385-2400, or visit www.justenfh.com, where friends may leave an on-line condolence message for his family.

A special thanks to Veerpal Singh, MD, the Sage Cancer Center staff, and most recently the Centegra 7th Floor Nursing and JourneyCare staff. You made an impact for which we will be forever grateful. 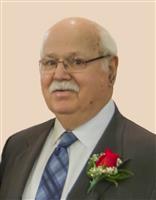 To leave a condolence, you can first sign into Facebook or fill out the below form with your name and email. [fbl_login_button redirect="https://justenfh.com/obituary/james-w-ayers/?modal=light-candle" hide_if_logged="" size="medium" type="login_with" show_face="true"]
×