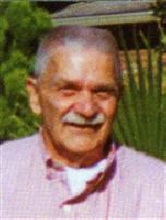 Jarold A. ‘Jerry’ Maywald, age 85, of McHenry, died Wednesday, Sept. 19, 2012, at Hospice of Northeastern Illinois in Woodstock.
Born June 10, 1927 in Merrillan, Wisconsin, he was the son of William and Cora (Harmon) Maywald.
Jerry was reared in the stone house on the Fox River in Johnsburg, and met his future wife, Chalotte L. Stevens, at the Bald Knob Resort after being discharged from the U.S. Army, where he served with the 278th Military Police in Corozal, Panama from 1945-46. On February 12, 1949, he married Charlotte Stevens in Chicago.
He was a 50 year member of Chicago Web Printing Pressmen’s Union No. 7, and worked at Wm. Randolph Hearst Newspaper pressroom printing Chicago Examiner/American Newspapers. Later, he moved to rotogravure type printing at Chicago Rotoprint, printing catalogs and the Playboy magazine until he retired in 1987.
Jerry and Charlotte were active in auto racing, and were solid fans of the sport all their lives. He lived in Des Plaines for 31 years until his wife retired as a supervisor from the Centel Phone Co. After her retirement, they traveled full time in their trailer throughout the U.S., five Canadian provinces, Nova Scotia & Prince Edward Island, and a portion of Mexico for several years before building a home in DeBary, FL. There they enjoyed the nearby Daytona Speedway races and following the Winston Cup in their trailer. After 10 years in Florida, they returned to Illinois, settling in McHenry.
Among Jerry’s hobbies were building award winning outdoor Christmas displays and printing a 20 page annual tabloid Christmas newsletter that had a circulation to over 150 lifelong friends, retired pressmen and Centel families, keeping them informed about each other for over 40 years.
Jerry was raised as a Master Mason in1949, in Portage Park Lodge #1002 A.F. & A.M. in Chicago, later the D.C. Cregier Lodge No. 81 in Wheeling, where he was a lifetime member.
He was also a member of American Legion Post 2910 in Bloomington.
Survivors include his wife of 63 years, Charlotte; two children, Charlotte “Sis” (Michael) Reuter of Algonquin and Jay (Michelle) Maywald of McHenry; three grandchildren, James A. (Angela) Wilcox, D.O. of Barrington, Steven (April) Wilcox of Kansas City, MO, and Christopher Reuter of Crystal Lake; three great-grandchildren, Abby Wilcox, Barrett Wilcox, and a third on the way due in March of 2013.
He was preceded in death by his parents; and a brother, Vern.
There will be no visitation. The cremation rite was accorded privately.
Inurnment will be in Ridgewood Cemetery, Niles, IL.
Arrangements were entrusted to Justen Funeral Home & Crematory of McHenry. For information, call the funeral home at 815-385-2400, or visit www.justenfh.com. 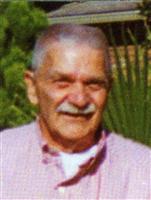 To leave a condolence, you can first sign into Facebook or fill out the below form with your name and email. [fbl_login_button redirect="https://justenfh.com/obituary/jarold-a-39jerry39-maywald/?modal=light-candle" hide_if_logged="" size="medium" type="login_with" show_face="true"]
×