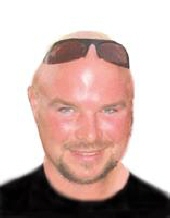 Jason Daniel Romano, age 33, of Ringwood, died Tuesday, November 12, 2013 at his home, surrounded by his family and special friends, after a long and courageous battle with cancer.
He was born April 29, 1980 in McHenry to Gregg A. and Danese (McCabe) Romano.  Jason was educated in District 15 McHenry Grade Schools. In 1998, he graduated from McHenry High School West Campus, where he participated in football and wrestling. He received his associates degree from College of Lake County and went on to obtain a double major Bachelor of Science degree in Human Resources and Business Administration from Columbia College in 2006.
He was employed at Paulee’s Pizzeria in Wonder Lake and for Paulee Construction. He was a member of the Laborers’ International Union of North American Local 2.
Jason was an extremely avid hunter and fisherman. He was a member of the Wonder Lake Sportsman’s Club. Jason also taught youth safe practice for hunting and fishing and was a friend of our conservation.
He is survived by his father, Gregg (Diane) Romano of Ringwood, siblings, Anthony Romano of Ringwood, Danielle (Paul) Spilotro of Holland, Michigan; nieces & nephews, Alaria, Alexander and Andrew; his wife, Kelly Lis Romano; an aunt, Dawn (Richard) Hockenberry; many cousins; and several very special friends.
He was preceded in death by his paternal grandparents, Daniel (Rosalie) Romano.
Visitation will be from 1 p.m. until 5 p.m. on Sunday, November 17, 2013 at Justen Funeral Home & Crematory, 3700 W. Charles J. Miller Road, McHenry, IL 60050.
The funeral service will be at 4:30 p.m. on Sunday, November 17, at the funeral home.
For those wishing to make memorial contributions, please consider the American Cancer Society, c/o Janet Smith, Memorials Chairperson, 200 S. Green Street, McHenry, IL 60050.
For information, please call the funeral home at 815-385-2400, or visit www.justenfh.com, where friends may leave an on-line condolence message for his family. 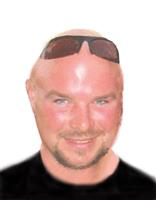 To leave a condolence, you can first sign into Facebook or fill out the below form with your name and email. [fbl_login_button redirect="https://justenfh.com/obituary/jason-daniel-romano/?modal=light-candle" hide_if_logged="" size="medium" type="login_with" show_face="true"]
×