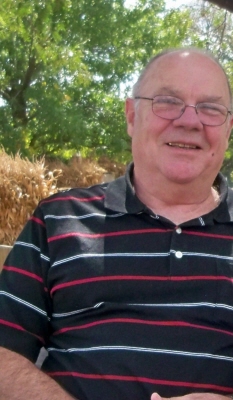 Jerry W. French Sr. age 78 of Round lake Beach passed away on February 11, 2021 at Hillcrest Nursing Home in Round Lake Beach.  He was born to Rufus and Clara Sarver French on August 31, 1942 in Pulaski.  Jerry was united in marriage to JoAnn French on October 30 1987 in Waukegan, IL.

A resident of Round Lake for over 50 years, Jerry was an avid gardener who enjoyed eating the fruits of his labor, specifically his beans and tomatoes. He was a family man who enjoyed having cookouts and spending time out on the back deck drinking coffee with “Jo” (JoAnn) He was a devoted member and regular attendee of the Round Lake Beach Church of God and held titles of Clerk and Sunday School Superintendent.

He was preceded in death by his parents, his wife JoAnn French and his siblings, Emmitt French, Lois Burton, Rosie French and Diane French.

Visitation will be at the Justen’s Round Lake Funeral Home, 222 N. Rosedale Court, Round Lake, IL on Friday, February 19 from 10-12 pm.  Memorial service will be at the funeral home at 12 pm.  Internment will follow at Highland Memorial Cemetery.

In accordance with public gathering restrictions, attendees are expected to wear a mask and observe social distancing.  The funeral home staff will monitor capacity limits and allow up to 50 people in at a time.

Arrangements have been entrusted to the Justen’s Round Lake Funeral Home.  For information, please call the funeral home at 847-546-3300 or visit www.justenfh.com, where friends and loved ones may share memories of Jerry on his tribute wall.

To leave a condolence, you can first sign into Facebook or fill out the below form with your name and email. [fbl_login_button redirect="https://justenfh.com/obituary/jerry-w-french-sr/?modal=light-candle" hide_if_logged="" size="medium" type="login_with" show_face="true"]
×