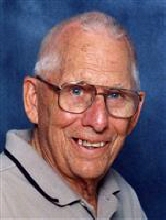 John E. “Jack” Therrien, age 84, of McHenry, died Thursday, April 17, 2014 at his home.
He was born August 20, 1929 in Minneapolis, Minnesota to Leonard and Monghild (Christenson) Therrien. On September 5, 1953 he married Gwendolyn E. McClees at Redeemer Lutheran Church.
John received his Bachelor of Arts degree from St. Cloud State Teachers College, now called Minnesota State University, in 1955. His major was in History. He taught for eight years in Minnesota and then in Illinois schools for the next 35 years. He taught in Rochelle for two years and then in the Barrington School District 220. He taught History and Physical Education and coached wrestling and football. John had the honor of being inducted in the Minnesota High School Hall of Fame for having an undefeated team.
John was a self taught carpenter and during his summers made home improvements to private residences in the Barrington area. He enjoyed golfing, reading and was an avid fisherman. He is survived by his wife of 60 years, Gwendolyn E. Therrien; three sons, Steven (Debbie) Therrien of Superior, WI., Michael (Debbie) Therrien of Crystal Lake, Marty (Diane) Therrien of Lake Zurich; seven grandchildren, Graham, Michelle, Eric, Neal, Jenna, Noah, Erin; and a brother, Gerald (Rose) Therrien.
He was preceded in death by his parents.
Friends may visit with his family from 10 a.m. until the 11 a.m. memorial service on Monday, April 21, 2014 at Bethany Lutheran Church, 76 W. Crystal Lake Avenue, Crystal Lake, IL 60014.
For those wishing to send an expression of condolence, the family suggests memorials to the American Lung Association, 55 W. Wacker Drive, Suite 800, Chicago, IL 60601 or to Bethany Lutheran Church, P.A.D.S. Program.
Justen Funeral Home & Crematory assisted the family. For information, please call the funeral home at 815-385-2400, or visit www.justenfh.com, where friends may leave an on-line condolence message for his family. 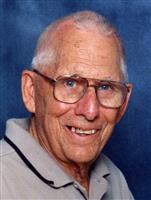 To leave a condolence, you can first sign into Facebook or fill out the below form with your name and email. [fbl_login_button redirect="https://justenfh.com/obituary/john-e-39jack39-therrien/?modal=light-candle" hide_if_logged="" size="medium" type="login_with" show_face="true"]
×