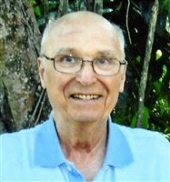 He was born November 19, 1927 in Westwood, New Jersey, to Charles H. and Florence (Pennington) Pedersen.  On January 1, 1984, he married Sue Sprague Schrader at First Methodist Church in Ames, IA.  In 2002, he relocated to Illinois to be closer to his grandchildren.

John was raised and educated in the New Jersey/New York area.  In his youth, he was a member of the prestigious St. Thomas Episcopal Boys Choir in New York City.

A veteran of the U.S. Army, he served during World War II.

John earned a B.S. degree from Cornell University.  He received his M.S. degree and later his Ph.D. from Iowa State University in agricultural engineering.

John was Professor Emeritus at Iowa State University.  For 32 years, he was manager of MidWest Plan Services, a university based publishing cooperative supporting 12 universities and the USDA.

He was a member of Christ United Methodist Church in Algonquin.  Enjoyments included gardening and the companionship of his dogs, Lindy and Roxie.

He was preceded in death by his parents; a brother, Harry, and a sister, Ivy.

According to John’s wishes, his body was donated to medical science.  His family suggests memorials be made to the Alzheimer’s Association, 8430 W. Bryn Mawr, Ste. 800, Chicago, IL 60631. 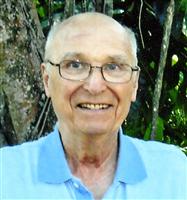 To leave a condolence, you can first sign into Facebook or fill out the below form with your name and email. [fbl_login_button redirect="https://justenfh.com/obituary/john-h-pedersen/?modal=light-candle" hide_if_logged="" size="medium" type="login_with" show_face="true"]
×