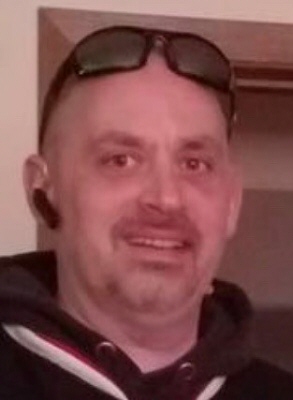 John Herbert Lanway II, age 54, of McHenry, Illinois, passed away on July 21, 2020, at Northwestern Medicine-McHenry Hospital. He was born on March 9, 1966, to John and Jacqueline (Goldenberg) Lanway in Elgin, IL., He was united in marriage to Barbara Munson on September 10, 1994 at Shepherd Of The Hills Lutheran Church in McHenry.

John started working in the parts department at Mitchell Buick GMC in McHenry when he was 19 years old, and that was where he met his future wife, Barbara. The young couple dated for 8 years before they wed and had been happily married for 25 years. John worked at O’Reilly Auto Parts, Liberty Auto Plaza, and most recently started at Martin Chevrolet in Crystal Lake. John was known as a caring, kind man who was loved by many and a friend to everyone.

John coached youth baseball at the VFW and bowling at Raymond’s Bowl, and he was an avid bowler himself. He loved sports and was a huge fan of the Cubs and the Blackhawks, he also loved NASCAR. He will always be known as “Coach” to the kids on those baseball teams.

He was preceded in death by his father: John Lanway, Sr., and his sister: Karen Whitney.

A memorial fund has been established to help cover the cost of funeral expenses. Donations may be sent to the Lanway Family c/o Justen Funeral Home & Crematory, 3700 Charles J. Miller Rd., McHenry, IL 60050

For information, please call the funeral home at 815-385-2400 or visit www.justenfh.com, where friends and loved ones may share memories of John on his tribute wall.

To leave a condolence, you can first sign into Facebook or fill out the below form with your name and email. [fbl_login_button redirect="https://justenfh.com/obituary/john-herbert-lanway/?modal=light-candle" hide_if_logged="" size="medium" type="login_with" show_face="true"]
×