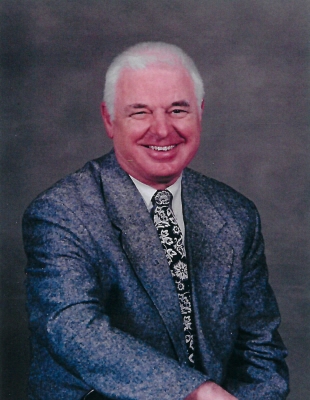 Jack lived his whole life on Lincoln Avenue growing up at 108 until building his own home at 7 Lincoln Avenue where he resided until his death. Jack attended Campion Jesuit High School in Prairie Du Chien, Wisconsin and finished at Grant High School in Fox Lake, Illinois. He married Yvonne De St. Sauveur on May 10, 1952. He enlisted in the US Naval Reserves in 1954 where he served for 4 years. Jack was active in his beloved town of Round Lake serving as a volunteer firefighter for many years. He was a Round Lake Trustee, held an officer position on the Round Lake Chamber of Commerce and served on the Police and Fire Commission. He worked in sales with Metropolitan Life Insurance before establishing his own brokerage firm, Molidor Insurance Agency, where he served the community for over 30 years.

In lieu of flowers, donations may be made in his name to the Ann & Robert H. Lurie Children’s Hospital of Chicago.

In accordance with public gathering restrictions, attendees are expected to wear a mask and observe social distancing. The funeral home staff will monitor capacity limits and allow up to 25 people in at a time.

Arrangements have been entrusted to the Justen Funeral Home in Round Lake. For information, please call the funeral home at 815-385-2400 or visit www.justenfh.com, where friends and loved one’s may share memories of John on his tribute wall.

To leave a condolence, you can first sign into Facebook or fill out the below form with your name and email. [fbl_login_button redirect="https://justenfh.com/obituary/john-jack-molidor/?modal=light-candle" hide_if_logged="" size="medium" type="login_with" show_face="true"]
×