John Joseph Shay, age 83, of McHenry, died January 8, 2014, at Centegra Hospital – McHenry.  He was born March 21, 1930 in Chicago to Harry and Margurite (Murphy) Shay. He attended St. Philip High School in Chicago, then transferred to the Servite Order of Friars before attending the Noviate at Mt. St. Philip at Granville, Wisconsin.

He was a summer resident of Johnsburg/McHenry since 1940. In 1950, his parents purchased a house in Johnsburg, and after his father’s death in 1955, John and his mother and sister relocated to Johnsburg. At the time, he sold an insurance business and attended Worsham College of Mortuary Science in Chicago, where he graduated in 1956. He became a licensed Illinois Funeral Director, and was employed by the George R. Justen & Son Funeral Home (now Justen Funeral Home & Crematory) in McHenry, where he also operated the ambulance service.

On October 4,1958, he married Alyce Joyce Bykowski, after meeting her at the funeral home where she was the organist. In 1960, he and Alyce opened Shay Music World on Green Street, also known as the home of the Guitar Marathon.

He was the Director of the McHenry County Emergency Services and Disaster Agency from 1969 until his retirement in 1994, and had previously served as the Civil Defense Director of McHenry. He was a long-time member of Company One of the McHenry Twp. Fire Protection District, where he served as Secretary for many years. He was one of the founders and first commander of the Chain-O-Lakes Water Patrol, serving as a McHenry County Deputy Sheriff, which was prior to the time that there were full-time water patrols on the rivers and lakes. Both Sheriff’s of Lake and McHenry Counties attributed their volunteer patrols to the reduction of drownings and accidents on the Chain of Lakes.

During his term with the County, he brought together the Fire, Police, Medical, EMS, and hospital and developed the mass casualty plan that was later adopted by FEMA as their prototype. He also worked with the Police agencies in the county to establish an organized response plan when a town was over-taxed by an incident. He produced a cable television show called Your Chance to Live, which was aired weekly for 13 years. He was instrumental in establishing the Emergency Telephone System Board, which installed the Enhanced 911 service to the County. He served as the Treasurer of the Illinois Emergency Number Association.

In 1995, John was honored by the City of McHenry by being named the McHenry Fiesta Days Parade Marshall.

He was a member of The Church of Holy Apostles in McHenry, where he served in many roles as president of the Pastoral Council, Director of Administrative Services, Extra Ordinary Minister of the Eucharist, Funeral Coordinator, and was instrumental in motivation and establishing of the first 24/7 Adoration Chapel in McHenry County on the church campus. He was a member of the Knights of Columbus Council 1288, where he was a 4th degree knight.

He was preceded in death by his parents, and a sister, Maureen Delaney, on January 7, 2003.

For those wishing to send an expression of condolence, memorials may be made to The Church of Holy Apostles for the Adoration Chapel or to the Illinois Fire Safety Alliance, attn: Burn Camp, P. O. Box 911, Mount Prospect, IL 60056.

Arrangements were entrusted to Justen Funeral Home & Crematory, McHenry. For information, please call the funeral home at 815-385-2400, or visit www.justenfh.com, where friends may leave an on-line condolence message for his family. 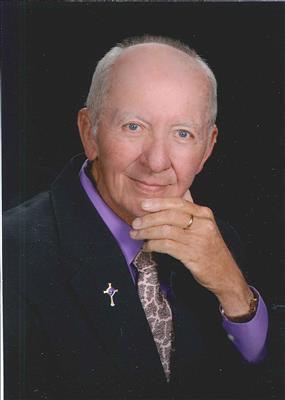 To leave a condolence, you can first sign into Facebook or fill out the below form with your name and email. [fbl_login_button redirect="https://justenfh.com/obituary/john-joseph-shay/?modal=light-candle" hide_if_logged="" size="medium" type="login_with" show_face="true"]
×