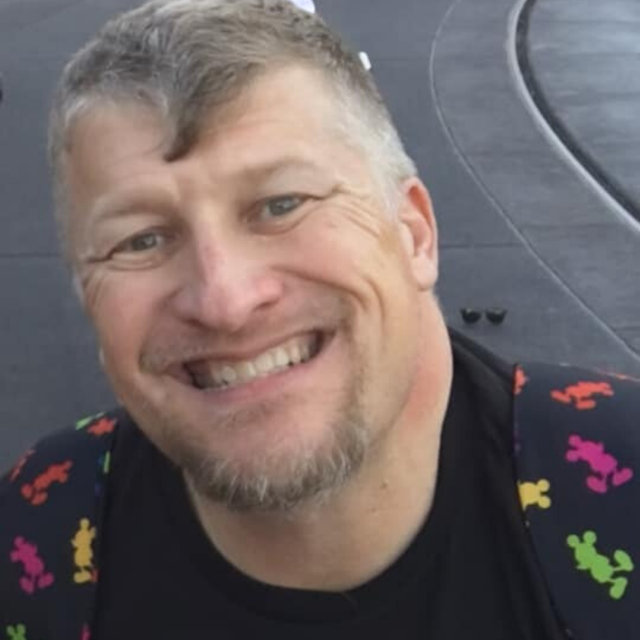 John Michael Carbonara, of Genoa City, WI, passed away on March 1, 2022. He was born on February 22, 1967, in Chicago, IL, to William Michael and Sandra Louise (Withington) Carbonara. He met and married the love of his life, Michele Marie Wleklinski on April 9, 1994.

John was an avid Disney, LEGO, Star Wars, and Marvel fan and found great joy in cooking for his family and friends. John loved pizza and was on a quest to make his own perfect pizza at home. He loved to tend to his pizza garden and grew many veggies and herbs. In the colder months, he loved to root for his favorite “bad team” the Chicago Bears and whoever else was playing the Packers while enjoying an old fashioned.

John loved to travel and enjoyed annual visits to Walt Disney World where he ran several half-marathons and other races. He and his family enjoyed seeing the world and celebrated his 25th wedding anniversary and daughter’s college graduation in Italy and France.

Always there for others, John found purpose in helping those around him. Whether it be playing tech support for his family, or fixing just about anything, he was handy in so many ways. When anyone called for help, he always answered and set out to get the job done.

He was preceded in death by his father; William Carbonara, and his mother and father-in-law; Gary and Marian Wleklinski Sr.

Visitation will be held at the Justen Funeral Home and Crematory, 3700 W. Charles J. Miller Road, McHenry, IL, on Saturday, March 12, 2022, from 11-2 pm. A memorial service will follow at 2 pm. In an effort to keep all attendees safe, a face covering is required.

In lieu of flowers, the family is asking that you make a donation to the American Heart Association at https://www.heart.org/ or Disney’s Cast Member Pantry https://castmemberpantry.wixsite.com/castmemberpantry.

To leave a condolence, you can first sign into Facebook or fill out the below form with your name and email. [fbl_login_button redirect="https://justenfh.com/obituary/john-michael-carbonara/?modal=light-candle" hide_if_logged="" size="medium" type="login_with" show_face="true"]
×