He was born October 5, 1939 in Chicago to Edward and Mildred C. (Stevens) Thomas. John enlisted in the U.S. Navy in 1961 and served for four years. He married the former Ollie Yount on his birthday in 1963 in Norfolk, VA at the Naval Air Station.

A resident of Round Lake Beach for almost 50 years, John was a truck driver for Lake County Pipe & Supply for his entire career. He was a longtime member of Teamsters Local 301.

Other memberships included American Legion Post 1170, where he also served as Past Commander. John also served on the Police Pension Board for Round Lake Beach, and was a founding member of the former Round Lake Mens Club.

Visitation will be from 1 p.m. until 3 p.m. Sunday, January 15, 2017, at Justen’s Round Lake Funeral Home, 222 N. Rosedale Court, Round Lake, IL 60073. The funeral service will be at 3 p.m. Sunday at the funeral home. Burial will be private for his family Monday at Abraham Lincoln National Cemetery in Elwood.

For information, please call the funeral home at 847-546-3300, or visit www.justenfh.com, where friends may leave an on-line condolence message for his family. 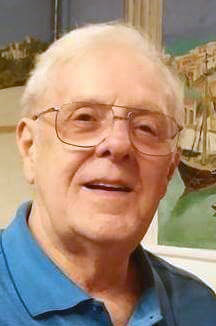 To leave a condolence, you can first sign into Facebook or fill out the below form with your name and email. [fbl_login_button redirect="https://justenfh.com/obituary/john-w-thomas/?modal=light-candle" hide_if_logged="" size="medium" type="login_with" show_face="true"]
×