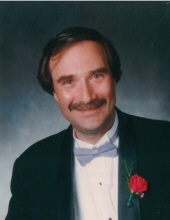 After graduation from St. Viator High School in Arlington Heights, Joe furthered his education at Marquette University in Milwaukee. Following graduation, he went on to attend graduate school at Northern Illinois University, where he earned his Master’s degree in Public Administration. He served an internship of management at Elk Grove Village before being hired as the Assistant City Manager for the City of Crystal Lake for 3 ½ years. Joe was then appointed during his tenure as City Manager for Crystal Lake with a combined service of over 26 years. Joe’s proudest accomplishment was consolidating all Crystal Lake city buildings into the new City Hall, without any tax increases to Crystal Lake residents. He then worked in Genoa as city manager and as a consultant for a combined service of 15 years.

Joe served on the Memorial Medical Center Board of Directors from 1991-1997. He then joined the Centegra Hospital Board of Governors from 1997-2006, where he also served as Chairman of the Finance Committee and a member of the Planning Committee. Joe also served on the NIMED Board and the Centegra Management Service Board. He was a member of the Crystal Lake Chamber of Commerce, the City Managers Association, and the Sister City Committee for Holzgerlingen (Germany).

Joe was a devoted husband and loving dad. He was a diehard Chicago Cubs fan, who enjoyed classic cars, fishing, Blues music and a good cigar. Joe was an avid reader of European history with a vast home library. He had a great love for genealogy research, and he devoted many years of extensive research on his and his wife’s family history, dating back to the 1600’s, and ultimately discovering new relatives. Joe had an unique sense of humor and loved telling “Dad Jokes”, and he could fix almost anything.

Joe was preceded in death by his parents, Alexander and Barbara Misurelli; a brother, Thomas (in infancy); his nephew, Alex; his cousins, Dan, Jim, Dick, and Mary Beth.

To leave a condolence, you can first sign into Facebook or fill out the below form with your name and email. [fbl_login_button redirect="https://justenfh.com/obituary/joseph-john-joe-misurelli/?modal=light-candle" hide_if_logged="" size="medium" type="login_with" show_face="true"]
×