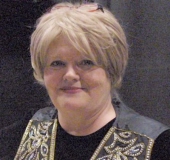 Judith A. Irwin, age 66, of McHenry, passed away on Saturday, February 12th, 2011, at Holy Family Medical Center in Des Plaines. She was born October 18, 1944 in Oak Park to Roy and Dorothy (Donovan) Meineke. She lived briefly in Des Plaines, and her family moved to McHenry in 1953. She was a graduate of St. Patrick’s School in McHenry, and McHenry High School, Class of 1962. She attended the University of Wisconsin at Whitewater, where she majored in Speech and Theatre Education, and was named Best Actress of the Year twice. While there, she also began an avocation doing voiceovers. She had a daily radio show for children for several years, and was known as the Story Lady. In her thirties, she earned a degree in English from Roosevelt University in Chicago.
In addition to teaching primary grades for 14 years, she was a writer all her life, beginning her professional career at age 13, when she was paid fifty cents to write an ad for someone. Throughout her life, she won several writing awards, including a first place national prize from Scholastic Teacher Magazine, which included a trip to Scandinavia as the award for the best teacher essay. She took pride in doing a considerable amount of pro bono work writing for friends and not-for-profit community organizations. Her career as a teacher was very important to her, and was spent mostly at Montini Primary Center in McHenry, where she felt it was a privilege to teach children how to read and to love the world of literature. In 1981, she joined McHenry Hospital as a writer, public relations professional and events coordinator. She worked there for 30 years, through its growth and name changes to Centegra Health System. Many publications, speeches, videos, and events were among her projects, but one special point of pride was Yellow Brick Road, a children’s health fair held annually for 14 years for children from kindergarten through third grade.
Judith was active in community theatre, community events, and volunteered for several organizations. Over the years she served on the McHenry County Heart Association Board, the Community Action Agency, and as a Headstart teacher in the summers of the early seventies. Her most recent public service was as a founding board member of the Raue Center For The Arts in Crystal Lake. She was also instrumental in promoting dance in northern Illinois and was a founding member of Judith Svalander’s ballet company in 1976. As a member of the Townsquare Players, she produced or directed several shows at the Woodstock Opera House, and was also a board member in the eighties.
Mrs. Irwin is survived by her daughter, Robin (Erick Buckley); a stepson, Donald (Joann) Smith; and her sister, Susan (Douglas) Wheeler; her 2 grandchildren, Samantha and Allison Smith; and her niece and nephews, Travis, Elizabeth and Jake; Grace Smith, whom she considered a sister-in-law; as well as many cousins, nieces, nephews, and godchildren, including Travis Wheeler, Emily Oakes and Rhett Cullen.
She was preceded in death by her parents, her aunts, Helen Meineke Stippick and Dorothy Donovan, and uncles, Raymond Donovan, Ralph Stippick, and William Dangel; and her grandson, Kristian Allan Smith. Her beloved companion and significant other, Allan Smith, passed away in 1993. She was also preceded by members of his family, including Barbara Smith Oakes, Don Oakes and Donald Smith Sr.
Visitation will be held Sunday, February 20, from 11 a.m. until 3 p.m, with a memorial service at 3 p.m. at Justen Funeral Home & Crematory, 3700 W. Charles J. Miller Road, McHenry, IL 60050. Memorial gifts may be made to the Raue Center For The Arts, Crystal Lake; to Centegra-McHenry for the Emergency Dept or the Heart Center; or to the American Diabetes Association.
For information, call the funeral home at 815-385-2400. Friends may send on-line condolences to the family at www.justenfh.com. 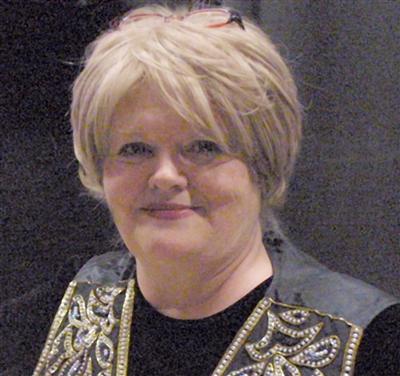 To leave a condolence, you can first sign into Facebook or fill out the below form with your name and email. [fbl_login_button redirect="https://justenfh.com/obituary/judith-a-irwin/?modal=light-candle" hide_if_logged="" size="medium" type="login_with" show_face="true"]
×