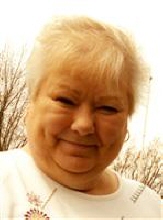 A resident of McHenry since 1974, Judy had formerly lived in Round Lake for five years. She was employed by Continental Aluminum Co. in Lakemoor, Modine Mfg., and Brake Parts before joining PACE as a bus driver. After working at PACE for almost 10 years, she retired in 2007.

An avid gardener, she enjoyed tending to her large flower garden, and most recently, to her potted plants. She was passionate in her love and care of animals, from the strays she would care for, to the neighborhood ducks that greeted her upon arriving home, knowing they would be fed. She loved to cook and bake, and reading was a favorite pastime. A very giving and nurturing person, she often went out of her way to do special things for people. Judy was always there for people needing someone to listen. Extremely proud of her grandchildren, her family was her greatest priority in life and she will be dearly missed.

She was a member of The Church of Holy Apostles in McHenry.

She was preceded in death by her parents; two brothers, Jim H. Turville and Donald W. Turville, and a sister, Annie Lunsman.

Interment will be in Ringwood Cemetery, Ringwood.

For those wishing to send an expression of condolence, her family suggests memorials to the American Cancer Society, Attn: Janet Smith, 200 S. Green Street, McHenry, IL 60050 or to the March of Dimes, 5411 E. State Street, Rockford, IL 61108.

For information, please call the funeral home at 815-385-2400. Friends may send an on-line condolence to the family at www.justenfh.com.

To leave a condolence, you can first sign into Facebook or fill out the below form with your name and email. [fbl_login_button redirect="https://justenfh.com/obituary/judy-m-bolda/?modal=light-candle" hide_if_logged="" size="medium" type="login_with" show_face="true"]
×