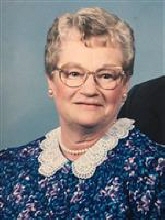 She was born December 6, 1927, in McHenry, to Robert E. and Edna (Phalin) Knox.  A lifetime resident of McHenry, Julia was raised on the family homestead, the Knox Farm. She was a 1946 graduate of McHenry High School. On March 5, 1953, she married Glenn Huska at St. Patrick Church in McHenry. Julia was a homemaker for the majority of her lifetime. In her younger years, she was employed at Fannie Mae in Chicago and at Bryn-Mar Art of Woodstock.

She was a faithful member of The Church of Holy Apostles in McHenry and the Prayer Group there. Formerly, Julia was an active parishioner of St. Patrick Church in McHenry. Her favorite pastimes included baking and cooking. She loved to sew and enjoyed vegetable gardening. Julia’s large and extended family was her greatest joy in life. She will be remembered as a loving wife and mother, and an adoring grandmother and great-grandmother.

In addition to her parents, she was preceded in death by her brothers and sisters, Mary Rossi, Robert Knox, Howard Knox, Joanne Stanek, John Knox, and Kathleen in infancy.

For those wishing to send an expression of condolence, her family suggests Masses, or memorials to The Church of Holy Apostles Endowment Fund or St. Patrick Church Building Fund.

For information, please call the funeral home at 815-385-2400, or visit www.justenfh.com, where friends may leave an on-line condolence message 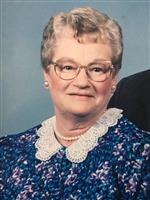 To leave a condolence, you can first sign into Facebook or fill out the below form with your name and email. [fbl_login_button redirect="https://justenfh.com/obituary/julia-marie-huska/?modal=light-candle" hide_if_logged="" size="medium" type="login_with" show_face="true"]
×