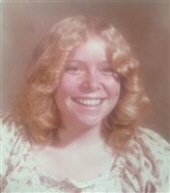 Kathy Beitz Arnold, age 51, of Round Lake, passed away on Saturday, December 21, 2013, at Centegra Hospital – McHenry, after a long battle with a lung disease.
Kathy was born January 27, 1962 in Honolulu, Hawaii to Ronald and Judi (Draese) Beitz. She was raised by parents serving in the U.S. Navy, and lived in several states before she settled in Round Lake.
In 1983, Kathy married Alan Mindy in Antioch, and they had four sons together. They were later divorced.
Kathy was a fun person, a loving mother, and a good friend. She will be greatly missed by all.
She is survived by her sons, David Mindy and Michael Mindy, both of Round Lake, Adam Mindy and Matthew Mindy, both of Richmond; her parents, Ronald and Nelda Beitz of Bettendorf, IA, and Martin Arnold of Sequim, Washington; her sisters, Jullie Strom of Round Lake, Chris Lanning, Geniel Arnold and Kia Arnold, all of Sequim, WA, Jessica Beitz and Susan (Trent) Holyoak, both of Bettendorf, IA; her brothers, Mark Arnold of Sequim, WA and Bobbie Arnold of Boston, MA.
She was preceded in death by her mother, Judi Arnold, and her grandparents, Roberta Draese and Earl Draese, Anne and Lloyd Rose, and Lola and Paul Arnold.
The memorial service will be at 2:30 p.m. Saturday, January 11, 2014, at Justen’s Round Lake Funeral Home, 222 N. Rosedale Court, Round Lake, IL 60073. Friends may meet prior to the service from 2 p.m until the time of service.
For information, please call the funeral home at 847-546-3300, or visit www.justenfh.com. 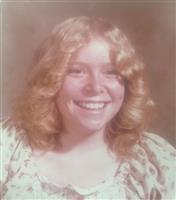 To leave a condolence, you can first sign into Facebook or fill out the below form with your name and email. [fbl_login_button redirect="https://justenfh.com/obituary/kathy-beitz-arnold/?modal=light-candle" hide_if_logged="" size="medium" type="login_with" show_face="true"]
×