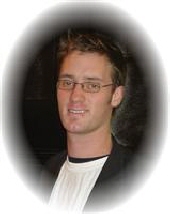 Kenneth Andrew Congdon, age 27, of Harvard, died Thursday, October 29, 2009, at his home. He was born December 5, 1981 in Barrington to Kenneth W. and Lynn A. (Steinsdoerfer) Congdon.
Raised in McHenry, Ken graduated from McHenry High School – East Campus in 2000. Following high school, he attended McHenry County College.
Music was his primary interest. He played guitar in a band with his McHenry friends, and also played keyboard and trumpet. Fluent in Spanish, he enjoyed learning foreign languages. He also loved to play computer games.
Survivors include his parents, Ken and Lynn Congdon of Lehigh Acres, Florida and formerly of McHenry, a sister, Rachel (Jeff) Taylor, also of Lehigh Acres; a niece, Amaya, and a nephew, Cash; aunts and uncles, Mark & Terri Steinsdoerfer of Wheaton, Beth & Bob Preston of Johnsburg, Lee & Mary Steinsdoerfer of Johnsburg, Steve & Judy Congdon of McHenry, and Lea & Roy Pasternock of Wonder Lake; and many cousins and friends.
He was preceded in death by his maternal grandparents, Andy & Mary Steinsdoerfer; and his paternal grandparents, Carolyn Lawrence and Gilbert Congdon.
Friends may visit with his family from 4 p.m. until 7 p.m. Tuesday, November 3, 2009, at Justen Funeral Home & Crematory, 3700 W. Charles J. Miller Road, McHenry, IL 60050. Family and friends will share remembrances at 7 p.m.
Inurnment will be private.
For those wishing to send an expression of condolence, memorials are suggested by his family to the Freedom Farm, 18515 Hwy 173, Harvard, IL 60033.
For information, call the funeral home at 815-385-2400. On-line condolences may be sent to the family at www.justenfh.com. 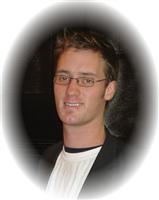 To leave a condolence, you can first sign into Facebook or fill out the below form with your name and email. [fbl_login_button redirect="https://justenfh.com/obituary/kenneth-andrew-congdon/?modal=light-candle" hide_if_logged="" size="medium" type="login_with" show_face="true"]
×