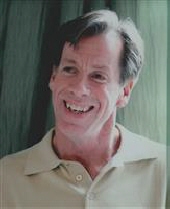 Kevin Thomas Coughlin, age 55, of Indianapolis, died April 23, 2014, in Indianapolis. He was born September 25, 1958 in Woodstock to John M. and Patricia A. (Geraty) Coughlin.
Kevin was a 1977 graduate of Marian Central High School in Woodstock, and received his B.A. degree in 1984 from Blackburn College in Carlinville, IL. Most recently of Indianapolis, he resided in this area for most of his lifetime.
Kevin was the generous, loving and creative presence of the Coughlin family. He will be greatly missed by his loving family and many friends.
Survivors include his mother, Patricia, of McHenry; brothers and sisters, James (Kathleen) Coughlin, Michael (Annette) Coughlin, Robert (Cathleen) Coughlin, Maribeth (David) Dhom, William (Lisa) Coughlin, Daniel (JoAnne) Coughlin, Theresa (Timothy) Lewandowski, Margaret (Thomas) Visconti, Timothy (Margaret) Coughlin, Patricia (Timothy) DeRoo, Kathryn O’Brien and Karen (Jarett) Pump; and 40 loving nieces and nephews.
He was preceded in death by his father, John (1998), and his brother, Laurence (1991).
Visitation will be from 3 p.m. until 8 p.m. Thursday, May 1, 2014 at Justen Funeral Home & Crematory, 3700 W. Charles J. Miller Road, McHenry, IL 60050.
The funeral Mass will be at 11 a.m. Friday, May 2, 2014, at St. Patrick Catholic Church, McHenry.
Interment will be in St. Patrick Countryside Cemetery, McHenry.
For information, please call the funeral home at 815-385-2400, or visit www.justenfh.com. 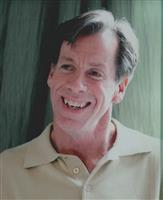 To leave a condolence, you can first sign into Facebook or fill out the below form with your name and email. [fbl_login_button redirect="https://justenfh.com/obituary/kevin-thomas-coughlin/?modal=light-candle" hide_if_logged="" size="medium" type="login_with" show_face="true"]
×