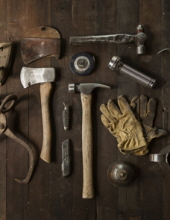 Laszlo Szalay, age 86, of Round Lake Beach, died on March 28, 2019 at Elevate Care in Waukegan. He was born to Louis and Margaret (Toth) on July 15, 1932 in Hungary and was later united in marriage to Anna B. Kopczynski.

By trade, Laszlo was a stationary engineer for Advocate Condell Medical Center. He was known as a hardworking man who always took the time to help out his friends and neighbors.

He is survived by his son, Tony (Mary) Szalay; his grandson, Matthew Szalay; and his granddaughter, Jennifer (Angela) Szalay-Juarez.

In addition to his parents, Laszlo was preceded in death by his wife, Anna, on March 6, 2015.

For more information, please call the funeral home at 847-546-3300 or visit www.justenfh.com, where friends and loved ones may share a memory on Laszlo’s Tribute Wall.

To leave a condolence, you can first sign into Facebook or fill out the below form with your name and email. [fbl_login_button redirect="https://justenfh.com/obituary/laszlo-szalay/?modal=light-candle" hide_if_logged="" size="medium" type="login_with" show_face="true"]
×