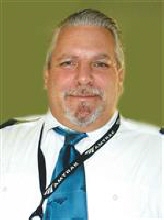 Lawrence R. Heckathorne, age 52, of McHenry, died Friday, February 20, 2015, after battling pancreatic cancer, at his mother’s home with his mother, daughter, and Aunt Donna at his bedside.

Lawrence was raised on a small farm on Pleasant Valley Road in Woodstock. He attended District 200 Woodstock schools, and excelled in sports, including football, track and baseball.

Lawrence worked in construction in Illinois, Wisconsin and Arizona until 2007. His next career was as an on-board service attendant for Amtrak with his favorite run being Chicago to Portland, Oregon and back aboard the Empire Builder.

Lawrence enjoyed cooking and improving many dishes with his own touch. He also loved the beautiful voice and music of Sarah Brightman. She touched his life with Phantom of the Opera, Fleurs du Mal and Symphony.

Survivors include his daughter, Rachael Hansen of Chicago, his mother, Janet Adams of McHenry, his brother, Eugene (Dorothy) Heckathorne of McHenry, his sister, Marilyn Kay (John) Hill of Belvidere, his aunt, Donna (Earl) Hass of Woodstock, and his best friend of 48 years, David (Wendy) Mucha of Round Lake.

He was preceded in death by his father, his loving maternal grandparents, John and Aimee Emery (formerly of Woodstock), and his step-father, Bill Adams.