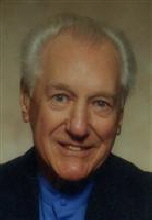 He was born July 5, 1927 in Chicago to Lucius and Anna (Wierchok) Naumann.

A veteran of the U.S. Navy, he served in Guam during World War II.

He moved to Wonder Lake in 1990 from Schaumburg, and was formerly also a resident of Wood Dale.

He retired from Johnson Paving in Arlington Heights in 1990, where he worked as an asphalt truck driver.  Previous employment included Albin Carlson Construction of Melrose Park and Shepherd Trucking Co. of Chicago.

He was an avid bingo player with his late wife.  They enjoyed traveling extensively to attend bingo tournaments, and he also enjoyed testing his luck at the casino.  Other enjoyments included fishing,  and being with his family.

The funeral service will be at 1 p.m. Friday in the funeral home.

Interment will be in Ringwood Cemetery.

To leave a condolence, you can first sign into Facebook or fill out the below form with your name and email. [fbl_login_button redirect="https://justenfh.com/obituary/leonard-a-naumann-sr/?modal=light-candle" hide_if_logged="" size="medium" type="login_with" show_face="true"]
×