Raised in the Jefferson Park area of Chicago, Len was a 1971 graduate of Weber High School. He was employed by Allstate Insurance in Northbrook for 30 years, working in the area of project management. For the past three years, he was employed by Transunion in Chicago as a Sr. Analyst.

An avid reader, Len was passionate about military history. He enjoyed doing research at area libraries, where he loved to learn about some of the less publicized but nonetheless important battles in history.

He enjoyed traveling, and was most happy when he could combine a sightseeing trip across country with visiting family. In recent years, Len took great pride in being a grandfather. He was very grateful for his entire extended family. He truly lived for the women in his life: his dear wife, his four loving daughters, and his three cherished granddaughters

For those wishing to send an expression of condolence, his family suggests memorials in Len’s name to the Friends of the McHenry Public Library, 809 N. Front Street, McHenry, IL 60050. 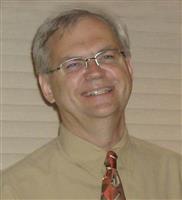 To leave a condolence, you can first sign into Facebook or fill out the below form with your name and email. [fbl_login_button redirect="https://justenfh.com/obituary/leonard-j-39len39-sieracki/?modal=light-candle" hide_if_logged="" size="medium" type="login_with" show_face="true"]
×