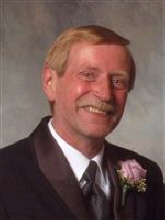 Lloyd R. Franke, age 68, of Marengo, passed away Wednesday, June 3, 2015, at JourneyCare Hospice in Woodstock, surrounded by his loving family.

He was born March 9, 1947 in Gaylord, MN to Arnold C. and Louise M. (Hahn) Franke. Lloyd was born to a farming family in Minnesota, where he was raised and discovered his love for animals. As a young man, Lloyd worked on the farm until his father’s death, and then relocated to McHenry County in 1971. For the majority of his time in this area, he lived in Marengo.

Lloyd was a loyal employee of Precision Twist in Crystal Lake for over 40 years, working in maintenance until the plant closed in 2010. At Precision Twist, he met his future wife, Mary, and they were married on October 30, 2009 in Woodstock.

A loving husband and father, Lloyd adored his grandchildren, who always brought a special gleam to his eyes and a smile to his face. An avid pool player, he enjoyed playing in pool leagues for several years. Other favorite pastimes included watching most sports, including baseball, football, and NASCAR races. He truly loved the companionship of his “ferocious” felines.

For those wishing to send an expression of condolence, his family suggests memorials to Mooseheart Charities.

Arrangements were entrusted to Justen Funeral Home & Crematory, McHenry. For information, please call 815-385-2400, or visit www.justenfh.com, where friends may leave an on-line condolence message for his family. 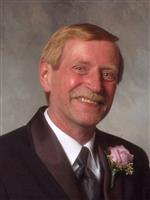 To leave a condolence, you can first sign into Facebook or fill out the below form with your name and email. [fbl_login_button redirect="https://justenfh.com/obituary/lloyd-r-franke/?modal=light-candle" hide_if_logged="" size="medium" type="login_with" show_face="true"]
×