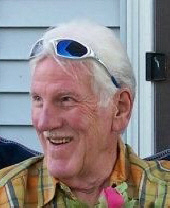 Lowell A. “Andy” Anderson, age 82, of Johnsburg, passed away on Sunday, May 14, 2017 surrounded by his family at Valley Hi Nursing Home, after battling dementia.

Born November 14, 1934 in Belvidere to Louis and Beatrice (Champlin) Stephy, he married Donna Adams at St. John the Baptist Catholic Church in Johnsburg on September 7, 1957. Andy, as he was known by all of his friends and colleagues, was a longtime resident of Johnsburg before moving to Fox Point in McHenry in 2015.

A veteran of the U. S. Navy from 1953 to 1957, he served during the Korean War and learned his trade as a Machinist Mate. Andy worked for most of his career as a mold maker for Acura Tool and Mold in Crystal Lake, where he met lifelong best friends, Rich Groh, along with his wife, Mary.

Andy was a longtime member and very active in the McHenry Moose Lodge #691 and the McHenry VFW Post 4600. He was also a member of the Polish Legion of American Veterans Post #188. He took great pride in his home that he had built in Johnsburg. He enjoyed maintaining his yard and always enjoyed his cars. Andy was a huge Bears fan and looked forward to watching the games with his friends.

He was preceded in death by his wife, Donna, on August 8, 2005; his parents, Louis and Beatrice Stephey of Woodstock and Mercer, Wisconsin; a brother, Rollie Anderson; and his in-laws, Clara and Arthur Adams, of Johnsburg.

For those wishing to send an expression of condolence, his family suggests memorials to JourneyCare Foundation, 2050 Claire Court, Glenview, IL 60025 in lieu of flowers.

For information please call the funeral home at 815-385-2400, or visit www.justenfh.com, where friends may leave an online condolence message for his family.

The family would like to extend a sincere thank you to the staff of Fox Point of McHenry and Valley Hi Nursing Home for the excellent care provided to Andy. 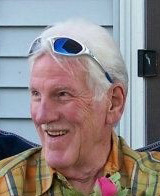 To leave a condolence, you can first sign into Facebook or fill out the below form with your name and email. [fbl_login_button redirect="https://justenfh.com/obituary/lowell-a-andy-anderson/?modal=light-candle" hide_if_logged="" size="medium" type="login_with" show_face="true"]
×