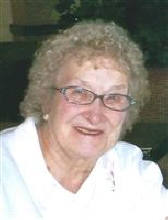 Lucille N. Moberg, age 96, of McHenry, passed away Sunday, March 27, 2016, at Centegra Hospital-McHenry.
She was born January 2, 1920, in Chicago, to Walter and Hazel (Baseler) Kunde. On March 5, 1949, she married Sheldon Moberg.
She was born, raised, and educated in Chicago. Lucille attended Von Steuben High School, where she lettered in tennis, track & field, and golf. She was employed by West Instruments, Parr Manufacturing, and for a short time Sara Lee in Chicago.
In 1985, Lucille and her husband moved to the McHenry area. They were both active in wood working crafts and she was an avid painter. In her younger days, she enjoyed pottery and horseback riding. She bowled at McHenry Recreation until her late 80’s. Lucille was very instrumental in the building of the Skate Park for McHenry’s youth, which is located in Knox Park.
Lucille’s family would like to thank all the loving neighbors, doctors, technicians, and nurses who took care of their mother’s healthcare needs.
Lucille is survived by her three daughters, Beverley (Richard) Ralph, Barbara (Glenn) Zerfahs, Melody (Tony) Dvorzsak; five grandchildren, John Metz, James (Linda Nakas) Metz, Carolyn Weinhart, Melissa (Keith) Ely, Anthony (Yoana Azmanova) Dvorzsak; four great-grandchildren, Thomas, Brandon, Lorilye, Penelope; her sister Shirley Ann Jorns, and many nieces and nephews.
In addition to her parents, Lucille is preceded in death by her husband Sheldon on January 18, 1992, and her brother Walter.
Visitation will be from 4 p.m. to 8 p.m., Thursday, March 31, 2016, at Justen Funeral Home & Crematory, 3700 W. Charles J. Miller Road, McHenry, IL 60050. Visitation will resume 10 a.m. until 11 a.m., Friday, April 1. The funeral service will be at 11 a.m. at the funeral home.
Interment will be in Acacia Park Cemetery in Chicago.
For those wishing to send an expression of sympathy, flowers would be greatly appreciated or memorials to the Disabled American Veterans organization at www.dav.org. or Wounded Warrior Project at www.woundedwarriorproject.org.
For information, please call the funeral home at 815-385-2400, or visit www.justenfh.com, where friends may leave an on-line condolence for her family. 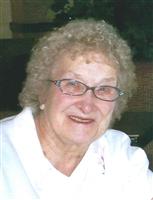 To leave a condolence, you can first sign into Facebook or fill out the below form with your name and email. [fbl_login_button redirect="https://justenfh.com/obituary/lucille-n-moberg/?modal=light-candle" hide_if_logged="" size="medium" type="login_with" show_face="true"]
×