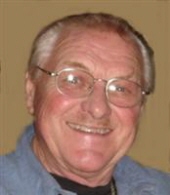 Lynn D. Dunn, age 67, of McHenry, died Friday, Sept. 3, 2010 at Centegra Hospital – McHenry. Born Sept. 1, 1943, in Decatur to Dale D. and Marie E. (Creason) Dunn, he married Ginette M. Giguere on January 20, 1963 in Palatine.
Raised in Forsyth, he left home following graduation at the age of 17 to attend the Tool & Die Institute in Chicago. He worked in the Tool & Die industry for his entire career. In 1981, he purchased the American Industrial Co. in Gurnee. For the past 29 years, he held the position of president.
Formerly of Mt. Prospect, he was a 20 year resident of McHenry. A member of St. John the Baptist Church in Johnsburg, he was also a member of the Tooling Manufacturing Association and McHenry Moose Lodge 691.
Enjoyments included boating, snowmobiling, motorcycling, and in years past, hunting and fishing. He would often be found working in his garage on his motorcycles or building race cars with his sons.
He was a friend to many, easily turning new acquaintances into friendships. Fond memories of him include his knack for telling jokes, his ease and love of socializing with people, and his talent for fixing things and sharing his fix-it techniques with his children. He approached life simply, with his country roots providing a strong foundation.
Survivors include his wife of 47 years, Ginette; four children, David (Joan) Dunn of Des Plaines, Dennis Dunn of Gurnee, Stacy (David) Nellessen of McHenry, and Shelley (Kevin) Thompson of Ashland, Missouri; six grandchildren, Veronica and Jake Dunn, Audrey Dunn, Daniel Sutton, and Madison and Macy Thompson.
He was preceded in death by his father, Dale Dunn; his mother, Marie Dunn Riley; a grandchild, Austin Dunn, and a brother, Chuck Nuehs.
Visitation will be from 4 p.m. until 8 p.m. Wednesday, Sept. 8, at Justen Funeral Home & Crematory, 3700 W. Charles J. Miller Road, McHenry, IL 60050.
The funeral Mass will be at 10:30 a.m. Thursday, Sept. 9, at St. John the Baptist Church, 2302 W. Church Street, Johnsburg.
Interment will be in All Saints Cemetery, Des Plaines.
Memorials to the American Heart Association or the American Lung Association would be appreciated by the family.
For information, call the funeral home at 815-385-2400 or send on-line condolences to the family at www.justenfh.com. 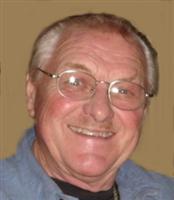 To leave a condolence, you can first sign into Facebook or fill out the below form with your name and email. [fbl_login_button redirect="https://justenfh.com/obituary/lynn-d-dunn/?modal=light-candle" hide_if_logged="" size="medium" type="login_with" show_face="true"]
×