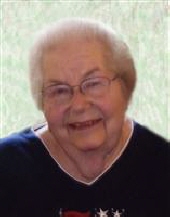 Marge was a resident of Johnsburg.  Prior to that she resided in Richmond for 8 years, where she owned and operated the “Debbie Shop”, a children’s clothing store. Most of her working career centered around healthcare, she worked as a supervisor for the McHenry Medical Group and Centegra in the billing and insurance areas for 35 plus years.

A member of St. John the Baptist Catholic Church in Johnsburg, she was also a member of St. Agatha Court 777 National Catholic Society of Foresters for 65 yrs.

The loves of Marge’s life were her grandchildren! Constant visiting and phone calls forever brought a smile to her face. An avid Cubs and Bears fan, she was always watching her favorite teams.

She was preceded in death by her parents; her husbands, William C. Foley in 1955 and Robert G. Breier on November 18, 1999; five brothers, Leo, Wilfred, Walter, Leonard, and Eugene Freund; and a sister, Helen Thompson.

Interment will be in St. Joseph Cemetery, Richmond.

For information, please call the funeral home at 815-385-2400, or visit www.justenfh.com, where friends may also send an on-line condolence message to the family. 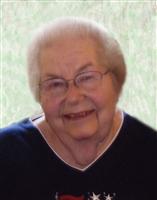