Margaret Ann Sherman, age 71, of Wonder Lake, died Thursday, April 24, 2014, at her home surrounded by her family. She was born May 25, 1942 in Thacker Mines, West Virginia to Jesse and Goldie Mae (Crawford) Gooslin. On February 14, 1987, she married Leonard Sherman in Pistakee Highlands.

Margaret was a resident of Wonder Lake for the past 27 years. She was a homemaker, and for many years, she also assisted families with housekeeping duties in their homes. Enjoyments included baking, cooking and sewing. Her special talent was baking cakes for anniversaries, weddings, and special events. A doting grandmother and great-grandmother, taking care of her family was always most important to her.

She was preceded in death by her son David Hatfield on September 24, 2000; parents; two sisters, Shirley and Jean; and a brother, Arnold.

Visitation will be from 10 a.m. until noon Monday, April 28, 2014, at Justen Funeral Home & Crematory, 3700 W. Charles J. Miller Road, McHenry. The funeral service will be at noon in the funeral home. Interment will be in McHenry County Memorial Park, Woodstock.

For those wishing to send an expression of condolence, her family suggests memorials to Advocate Condell Hospice.

—It is with heavy hearts that we accept the loss of our beloved wife, mother, grandmother, and great-grandmother —The Sherman Family 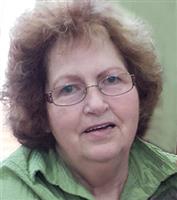 To leave a condolence, you can first sign into Facebook or fill out the below form with your name and email. [fbl_login_button redirect="https://justenfh.com/obituary/margaret-sherman/?modal=light-candle" hide_if_logged="" size="medium" type="login_with" show_face="true"]
×