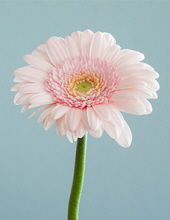 Marjorie Lee Kuhns, 77, died on Dec. 28 at Journeycare in Woodstock. She was surrounded by loving family and friends.
She was born on May 8, 1941 in Elmwood Park, Ill. She was the daughter of Dorothy Sanders Krisky (Tharp) and James Krisky and later raised by her grandparents, Ernest and Pearl Sanders.
In 1959, Marjorie graduated from Elmwood Park High School. A short time later, she met a handsome sailor Charles Kuhns in Chicago. They fell in love and married on November 7, 1959.
The following July 1960, their first child, Laura, was born. A little more than a year later, in September, their second child, Julie, was born. In May 1968, their third child, Charles Jr., was born.
Marjorie and Charles lived in Elmhurst before moving to Bensenville, then McHenry, where they raised their children. They were married nearly 42 years before Charles passed away in September 2001. Marjorie eventually retired in Wonder Lake.

At one point in her life, she was a member of the Order of the Eastern Star, a Masonic organization open to both men and women. She enjoyed ocean cruises with her husband and loved visiting downtown Chicago with her grandchildren.

Marjorie was the matriarch to the Nessler, Kuhns, and Krieger families. She is survived by her three children; her three sisters, Marilyn Spence, Donna Tharp, and Karen Nader; her seven grandchildren, David, Kevin, Vanessa, Karl, Andrew, Hayden, and Callie; her two great grandchildren, Madeline and Isabella; and many nieces and nephews.

She had a lifelong friend, Barbara Pratt, who she had known since kindergarten.

Marjorie was like a mother to anyone who met her. Her home was a sanctuary to anyone who stepped inside. “She lived for her family and that was the essence of mom,” said her daughter, Laura.

She will be missed beyond words.

For information, please call the funeral home at 815-728-0233 or visit www.justenfh.com, where friends may leave an on-line condolence message for her family.

To leave a condolence, you can first sign into Facebook or fill out the below form with your name and email. [fbl_login_button redirect="https://justenfh.com/obituary/marjorie-l-kuhns/?modal=light-candle" hide_if_logged="" size="medium" type="login_with" show_face="true"]
×