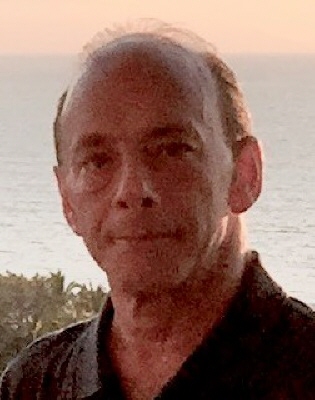 Mark Neumann, age 63, of Medinah, Illinois, passed away on July 11, 2020, after a valiant seven year battle with cancer. He was born on November 1, 1956, to Kenneth and Delores Neumann, owners of The Pizza Cottage, in Roselle, Illinois for four decades. He was united in marriage to his loving wife, Gina for 36 years.

Mark found his calling in Car Sales, he was a long-time employee of Don McCue Chevrolet, as the General Sales Manager. In his personal life, he cherished spending his days with his wife and three children. He was an avid sports fan, especially football and horse racing. Mark and Gina shared an affinity for Golden Retrievers, the most recent being Spuddy, his pal of 17 years, up until his passing four months prior.

Mark is survived by his wife, Gina, and three sons: Mark (Christine), Michael, and Macaulay, as well as his siblings, Debbie and Ken. Mark’s grandson was born in 2014, whom he loved immensely, and was lovingly referred to as his “Papa.”

He was preceded in death by his parents, Kenneth and Delores Neumann.

Arrangements have been entrusted to Justen Funeral Home & Crematory in McHenry. For information, please call the funeral home at 815-385-2400 or visit www.justenfh.com, where friends and loved ones may share memories of Mark on his tribute wall.

To leave a condolence, you can first sign into Facebook or fill out the below form with your name and email. [fbl_login_button redirect="https://justenfh.com/obituary/mark-neumann/?modal=light-candle" hide_if_logged="" size="medium" type="login_with" show_face="true"]
×