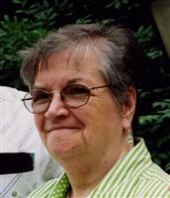 Marlene J. Arvidson, age 75, of McHenry, died Tuesday, August 13, 2013 at her home.
She was born February 9, 1938 in Chicago to Irving and Mary (Walther) Keller. On December 9, 1961 she married John F. Arvidson at St. Pauls United Church of Christ in Crystal Lake.
Marlene had been a resident of McHenry for the past 48 years. She had been employed as a school crossing guard for the McHenry Police Department and then for ten years as a cook with School District 156 retiring in 1991.
She was a member of the P.T.O, and the Martha & Mary Circle of St. Paul United Church of Christ. She was a collector of angels, enjoyed crafts, knitting, crocheting and gardening.
She is survived by her husband John of 51 years; a son, John Eric Arvidson of McHenry; a grandson, Justin Arvidson of McHenry; a sister, Eleanor Pratt of McHenry; and a brother, William (Betty) Horyn of Compton.
She was preceded in death by her parents; a brother, Robert Horyn; and a brother-in-law, Rolla Pratt.
Visitation will be from 10 a.m. until the Memorial Service at 11 a.m. on Thursday, August 22, 2013 at St. Paul’s United Church of Christ, 485 Woodstock Street, Crystal Lake, IL 60014.
Inurnment will be in Windridge Memorial Park Cemetery, Cary, IL.
Arrangements entrusted to Justen Funeral Home & Crematory. For those wishing to send an expression of condolence the family suggests memorials to St. Paul United Church of Christ for special needs. For information, call the funeral home 815-385-2400 or visit www.justenfh.com. 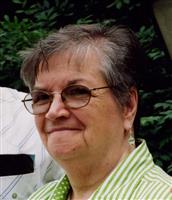 To leave a condolence, you can first sign into Facebook or fill out the below form with your name and email. [fbl_login_button redirect="https://justenfh.com/obituary/marlene-j-arvidson/?modal=light-candle" hide_if_logged="" size="medium" type="login_with" show_face="true"]
×