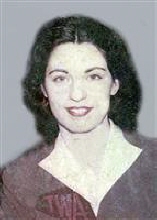 Mary A. “Moira” Davis, age 83, formerly of the Bull Valley and Woodstock areas, passed away Friday, May 1, 2015, at Wauconda Care Center in Wauconda, surrounded by her loving family.

She was born June 14, 1931 in Winnipeg, Canada to Francis Patrick and Frances (O’Connor) Gilligan. Raised in Canada, Mary was educated at St. Mary’s Academy in Winnipeg. She lived in several areas of the Midwest before moving to San Rafael, California in the mid-1960’s. After returning, Mary remained in the Bull Valley and Woodstock areas for over 50 years although she traveled extensively both nationally and internationally.

Earlier in her career, Mary worked for a Winnipeg newspaper. After moving to New York City, she was employed as a flight attendant for TWA and trainer with the John Robert Powers modeling agency. She owned her own business as a distributor for Neo-Life/GNLD, a vitamin and skin care company, for over 25 years. Mary was a member of Women in Management and led their “Promote Yourself” workshops as well as leadership seminars for other groups.

Mary was a member of The Church of Holy Apostles in McHenry, and a former member of St. Mary’s Church in Woodstock. She enjoyed traveling, and loved being a grandmother and spending time with her grandchildren. Her family was always her priority.

For those wishing to send an expression of condolence, her family suggests memorials to the Alzheimer’s Association, 8430 W. Bryn Mawr, Ste. 800, Chicago, IL 60631.

Arrangements were entrusted to Justen’s Wonder Lake Funeral Home. For information, please call the funeral home at 815-728-0233, or visit www.justenfh.com, where friends may leave an on-line condolence message for her family.

To leave a condolence, you can first sign into Facebook or fill out the below form with your name and email. [fbl_login_button redirect="https://justenfh.com/obituary/mary-a-39moira39-davis/?modal=light-candle" hide_if_logged="" size="medium" type="login_with" show_face="true"]
×