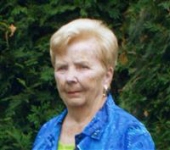 Mary Alice Galvin Budreck, age 83, died Sunday, October 6, at her home surrounded by her family.
She was born June 10, 1930 in Chicago to Joseph E. and Myrtle L. (Pederson) Galvin. On December 4, 1954 she married Charles J. Budreck Jr. at St. Giles Church in Oak Park.
Mary was raised in Oak Park. She graduated from Trinity High School in River Forest and went on to earn a bachelor of science in Sociology from Loretta Heights College in Denver, Colorado. She met Charles one year later and they were married. They lived in Riverside, then Oak Park before moving to McHenry in 1974. Raising her family she was very busy with all her children’s activities.
Mary was a member of St. Patrick Catholic Church in McHenry. She also was a member of the McHenry Country Club, where she enjoyed playing golf. She also played on the Pistakee Golf League for six years. Mary was also an avid Chicago sports fan for the Cubs, Bears and Blackhawks. She was an avid fan of Chicago Cubs player Ron Santo. Mary loved to sing, play cards with her girlfriends and had a passion for entertaining. She hosted some of the greatest parties, especially at Christmas.
She is survived by her husband of 58 years, Charles; five children, Cynthia (Joel) Brumlik of McHenry, Michael (Rosie) Budreck of McHenry, Joseph (Jeannine) Budreck of Cary, Linda Mueller of McHenry, Tom (Elizabeth) Budreck of Downers Grove; 17 grandchildren; three great grandchildren; sisters-in-law, Barbara (the late Thomas) Galvin of Dundee, Julie (the late Richard) Luehrsen of The Villages, FL; and a brother-in-law, Bernard (Mary Jane) Budreck of Tucson, AZ.
She was preceded in death by a son, Charles G. Budreck, on February 16, 2002; her parents; a sister, Pat Reedy; and her brother, Thomas Galvin.
Visitation will be from 4 p.m. until 8 p.m. on Thursday, October 10, 2013 at Justen Funeral Home & Crematory, 3700 W. Charles J. Miller Road, McHenry, IL 60050.
Visitation will continue on Friday, October 11, from 9 a.m. until prayers at 9:45 a.m. leaving for the 10:30 a.m. funeral Mass at St. Patrick Catholic Church, 3500 W. Washington, McHenry, Il 60050
Interment will be in St. Patrick’s Countryside Cemetery, McHenry.
Memorials to St. Patrick Catholic Church or to Centegra Hospital Foundation would be appreciated by the family.
For further information, please call the funeral home at 815-385-2400, or visit www.justenfh.com to leave an on-line condolence message for her family. 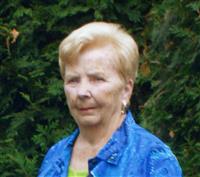 To leave a condolence, you can first sign into Facebook or fill out the below form with your name and email. [fbl_login_button redirect="https://justenfh.com/obituary/mary-alice-galvin-budreck/?modal=light-candle" hide_if_logged="" size="medium" type="login_with" show_face="true"]
×