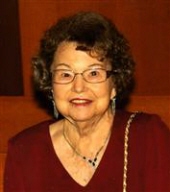 Mary H. Hettermann, age 87, of Johnsburg, died Sunday, May 6, 2012, at Alden Terrace of McHenry.
She was born March 20, 1925 in McHenry to Herbert and Margaret (Weber) Simon. On May 19, 1945, she married Gerald Hettermann at St. Mary’s Church in McHenry, with Fr. Ray Hettermann officiating. They became residents of Johnsburg, where they raised their family while owning and operating Hettermann’s Sinclair gas station from 1945-1965.  Later, Mary worked as a bookkeeper for Looze & Kinne law firm, while also beginning and ending her day driving bus for District 12. Throughout the years, she also worked for Steiny’s, Good Time Charlies, and Hettermann’s.
Active in her community, Mary was the first female to work with the Johnsburg Rescue Squad, and also served as its dispatcher. She was the president of the VFW Post 4600 Auxiliary, served on the P.T.O. for St. John the Baptist School, and was involved as chaperone for the Viscount Drum & Bugle Corps.
She was a longtime member of St. John the Baptist Catholic Church, where she also served as an usher. She was a member of St. Agatha Court 777 National Catholic Society of Foresters.
Survivors include two children, Sandy (Dick) Bowe of Johnsburg and Jeannie Schroeder of Peach Tree City, GA; six grandchildren, Michele (Jason) Gobeyn, Steve (Dionne) Bowe, Jeremy (Ann Marie) Sossong, Benji Sossong, Zac Schroeder, and Michael Hettermann Jr.; eight great-grandchildren, Jonathan, Alexis, Leah, Jalaissa, Jordan, Aleah, Aaron, and Jacob; a great great-granddaughter, Joy; two sisters, Barbara (the late Charles) Hansen of McHenry and Margaret (the late Carl) Elshoff of Springfield; two sisters-in-law, Kathleen Simon and Betty Hettermann; a brother-in-law, Jim Thompson; and many nieces and nephews.
She was preceded in death by her husband, Jerry, on July 28, 1965; a son, Michael Hettermann in 2005; a brother, Joe Simon; three sisters, Isabelle “Isy” Thompson, Lucille (Jim) Wagner, Kate (Robert) Wayman; sisters-in-law, Ollie (Jack) Keenan, Rosemary (Clarence) Stilling, Vera (John) Herdrich; and brothers-in-law, Ed (Dorothy) Hettermann, and Jim Hettermann.
Visitation will be from 4 p.m. until 8 p.m. Thursday, May 10, 2012, at Justen Funeral Home & Crematory, 3700 W. Charles J. Miller Road, McHenry, IL 60050. Visitation will resume on Friday at the funeral home from 9 a.m. until leaving in procession at 10 a.m. for the funeral Mass. The funeral Mass will be at 10:30 a.m. Friday at St. John the Baptist Catholic Church, 2302 W. Church Street, Johnsburg, IL 60051. Interment will be in St. John the Baptist Cemetery, Johnsburg.
Her family suggests memorials be made to Autism Speaks, 1014 SW 7th Road, Ocala, FL 34474, in honor of Mary’s great grandson, Jacob.
For information, please call the funeral home at 815-385-2400, or visit www.justenfh.com. 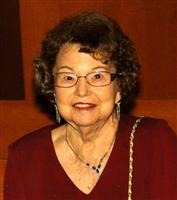 To leave a condolence, you can first sign into Facebook or fill out the below form with your name and email. [fbl_login_button redirect="https://justenfh.com/obituary/mary-h-hettermann/?modal=light-candle" hide_if_logged="" size="medium" type="login_with" show_face="true"]
×