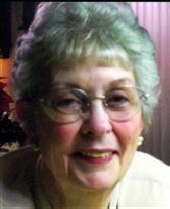 Mary Lou Kinnerk, age 73, of McHenry, died Saturday, Sept. 12, 2009, at her home.
She was born in 1935 in Chicago to Louis C. and Marguerite (Rapp) Butler. Raised and educated in Chicago, she moved to Rochester, MN in 1953 after graduating from high school. She joined the Sisters of St. Francis in Rochester, and became Sister Mary Luis with the Third Order of Saint Francis of the Congregation of Our Lady of Lourdes. She received her education degree from the College of St. Theresa in Winona, MN, and taught K-12 during the school year and worked at area health facilities in summer months.
In 1968, she left the convent, and moved back to Illinois. She soon met her future husband, Daniel E. Kinnerk, and they married on August 3, 1969, at St. Patrick Catholic Church in McHenry.
Mary Lou was a substitute teacher for many years with Districts 15 and 156, while at the same time raising her family. She began working in her husband’s business, K’s Investigations, in 1982. She was instrumental in assisting her husband in the business, wearing the hats of vice president, secretary, and treasurer, as well as teaching herself to become very adept at research using the computer. She was very fond of genealogy as a hobby, also used her expertise in her husband’s business to do probate work and court documentation.
She was a member of St. Patrick’s Church in McHenry, and also served as Eucharistic minister, lector, catechist, and tutor for religious education. She was also a member of the National Genealogical Society. Other activities included serving as matron for the Lakemoor Police Department, and as a monitor for the CB radio emergency channel, assisting motorists in need by contacting city, county, or state emergency assistance. During her years with CB work, she was widely known by her handle, The Gopher.
In addition to her husband of 40 years, she is survived by two sons, Joseph Louis Kinnerk of Johnsburg and Michael John (Petra) Kinnerk with the U.S. Army stationed abroad; four grandchildren, Dezarie, Michael Jr., Jennifer, and Nicole; a brother, Louis C. (Sonny) Butler of Elgin; and a special friend, Michael Fresen of South Africa.
She was preceded in death by her parents.
Visitation will be from 4 p.m. to 8 p.m. on September 16, 2009, at Justen Funeral Home & Crematory, 3700 W. Charles J. Miller Road, McHenry, IL 60050.
The funeral Mass will be celebrated at 11 a.m. Thursday, Sept. 17, at St. Patrick Church, 3500 W. Washington Street, McHenry, IL 60050.
Interment will be in St. Patrick Churchyard Cemetery, McHenry.
For those wishing to send an expression of condolence, memorials to Hospice of Northeastern Illinois or the Parkinson’s Disease Foundation would be appreciated by the family. 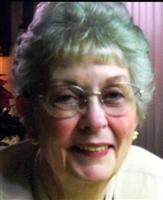 To leave a condolence, you can first sign into Facebook or fill out the below form with your name and email. [fbl_login_button redirect="https://justenfh.com/obituary/mary-lou-kinnerk/?modal=light-candle" hide_if_logged="" size="medium" type="login_with" show_face="true"]
×