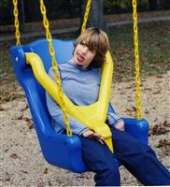 Melinda June ‘Sunshine’ Ours, age 27, of Woodstock, died Monday, June 17, 2013 at Centegra Hospital – Woodstock.
She was born February 25, 1986 in Libertyville to Glenn R. and Laura L. (Rasmussen) Ours.
Melinda was a graduate of SEDOM and was also a student at Laremont School. She had been a resident of Shelter Village for the past eight years and was employed at Rail Industries.
Melinda enjoyed participating in Special Olympics and had won several medals. She was an avid White Sox’s fan and love the Beach Boys.
Survivors include her parents; and many aunts, uncles, and cousins.
She was preceded in death by her brother, Roger Edmund Ours in 1988; her maternal grandparents Art and June Rasmussen; and her paternal grandparents, Joseph and Alberta Ours.
Visitation will be from 1 p.m. until 3:30 p.m. Sunday, June 23, 2013, at Justen’s Round Lake Funeral Home, 222 W. North Rosedale Court (at Cedar Lake Road) Round Lake, IL 60073.
The funeral service will be at 3:30 p.m. on Sunday, June 23, in the funeral home.
For information, call the funeral home at 847-546-3300 or send the family an online condolence at www.justenfh.com. 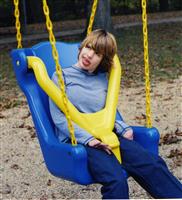 To leave a condolence, you can first sign into Facebook or fill out the below form with your name and email. [fbl_login_button redirect="https://justenfh.com/obituary/melinda-june-39sunshine39-ours/?modal=light-candle" hide_if_logged="" size="medium" type="login_with" show_face="true"]
×