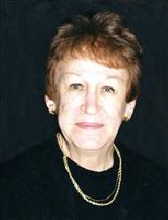 She was born January 9, 1938 in Spring Valley to Edward and Frances M. ( Milouski) Johnston. On September 27, 1958, she married Lawrence “Larry” W. Healey at St. Ann’s Church in Spring Valley.

A longtime resident of Des Plaines, Norene moved to McHenry in 2002 to be closer to her family.  She was a homemaker the majority of her life, she had worked as an administrative assistant for Teledyne in Des Plaines for over 10 years. Norene loved spending time with her grandchildren. She was a great cook, enjoyed boating, flower gardening and vacationing in Port Washington.

Survivors include her husband of 54 years, Larry; a daughter, Kathleen (David) Kuczwara of Johnsburg; two grandchildren, Maegan at the University of Alabama (Tuscaloosa), Patrick of Johnsburg; a brother, Robert (Lynn) Johnston of Normal; and a sister-in-law, Dixie Johnston of Niles, Michigan.

She was preceded in death by her son, Lance CPL William Patrick Healey on November 23, 1987; her parents; and a brother, Edward.

The funeral service will be at 9:30 a.m. Saturday, September 22, at the funeral home.

Interment will be in All Saints Cemetery, Des Plaines, IL.

For those wishing to send an expression of condolence, the family suggests memorials be made to Hospice of Northeastern Illinois, 405 Lake Zurich Road, Barrington, IL 60010. 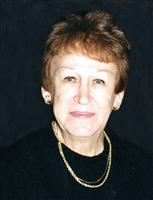 To leave a condolence, you can first sign into Facebook or fill out the below form with your name and email. [fbl_login_button redirect="https://justenfh.com/obituary/norene-barbara-healey/?modal=light-candle" hide_if_logged="" size="medium" type="login_with" show_face="true"]
×