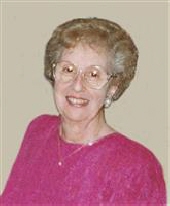 Norma Ferrara Jones, age 93, of McHenry, died Tuesday, January 7, 2014, at her home.
She was born May 22, 1920 in Chicago to Humbert and Jennie (Comodo) Ferrara. On July 12, 1947, she married George D. Jones in Chicago.
Raised and educated in Chicago, Norma graduated from Chicago Teachers College in 1942. She received her Master’s Degree in Education from National Lewis University in 1982.  From 1942 to 1949, Norma taught for the Chicago Public Schools, until moving to McHenry in 1950. She taught 2nd grade at Edgebrook School for McHenry School District 15 for over 20 years until retiring in 1986.
She was a longtime member of St. Patrick Catholic Church in McHenry. Norma was a volunteer at McHenry Hospital, where she also was a member of the Hospital Auxiliary. Other activities included volunteering for the FISH organization in McHenry, and participating in the McHenry Choral Club shortly after moving to McHenry.
Norma is survived by two children, Darnell Jones of North Chicago and Cynthia (Mel) Locke of McHenry; six nephews, Daniel (Marilou) Baldino, Sam Baldino, Arthur Ferrara, Albert Jr. (Bonnie) Ferrara, John (Cheryl) Ferrara, and Peter Ferrara; two nieces, Andrea (John) Scully and Jennie Kaee-Ferrara; four great-nephews, Daniel, Shane (Christy), Matthew, Mark; three great-nieces, Kristin, Aimee (Donny), Megan (Rob), and Ian.
She was preceded in death by her husband, George, in 1982; two sisters, Ann Baldino and Velia “Val” Fradinardo; two brothers, Albert and Dante Ferrara; and a special niece, Cindy Martini.
Friends and family will gather for a memorial visitation from 3 p.m. until 6 p.m. Sunday, January 12, 2014, at Justen Funeral Home & Crematory, 3700 W. Charles J. Miller Road, McHenry, IL 60050.
Visitation will resume Monday at the funeral home from 9 a.m. until closing prayers at 10 a.m., then leaving for the 10:30 a.m. Mass at St. Patrick Catholic Church, 3500 W. Washington Street, McHenry, IL 60050.
Inurnment will be in St. Patrick Countryside Cemetery, McHenry.
For those wishing to send an expression of condolence, her family suggests memorials to St. Jude Childrens Research Hospital or to the McHenry Library.
For information, please call the funeral home at 815-385-2400, or visit www.justenfh.com, where friends may leave an on-line condolence message for her family. 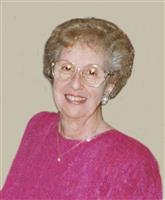 To leave a condolence, you can first sign into Facebook or fill out the below form with your name and email. [fbl_login_button redirect="https://justenfh.com/obituary/norma-ferrara-jones/?modal=light-candle" hide_if_logged="" size="medium" type="login_with" show_face="true"]
×