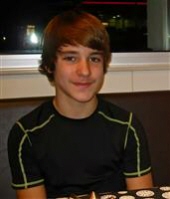 Parker V. Wolfsmith, age 14, of Maple Park and formerly of McHenry, died Saturday, May 31, 2014 in Maple Park.
He was born September 25, 1999 in Barrington to Michael and Amy (Opfer) Wolfsmith.
Parker attended Kaneland Harter Middle School and posthumously graduated with his class on Tuesday evening June 3, 2014.
He is survived by his father, Michael Wolfsmith; his mother, Amy Opfer; a sister, Summer Wolfsmith; his maternal grandmother, Mary Kennedy; his paternal grandmother, Jean Walrack; and aunts and uncles, Lisa Opfer, Mary Ellen Sullivan, William Wolfsmith, and Donald Opfer.
He was preceded in death by his maternal grandfather, Edward Opfer and paternal grandfather, Joseph Wolfsmith.
Visitation will be from 5 pm until 8 pm on Friday, June 6, 2014 at Justen Funeral Home & Crematory, 3700 W. Charles J. Miller Road, McHenry, IL 60050.
The funeral service will be at 8 pm on Friday, June 6, at the funeral home.
For information, call the funeral home at 815-385-2400 or visit www.justenfh.com. 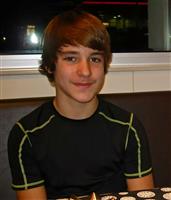 To leave a condolence, you can first sign into Facebook or fill out the below form with your name and email. [fbl_login_button redirect="https://justenfh.com/obituary/parker-v-wolfsmith/?modal=light-candle" hide_if_logged="" size="medium" type="login_with" show_face="true"]
×