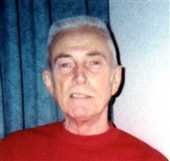 Peter L. Beaudry Sr., age 73, of Round Lake Beach, died Sunday, August 19, 2012, at Advocate Condell Medical Center in Libertyville.
He was born June 26, 1939 in Marquette, Michigan to Louis and Agnes (Triggs) Beaudry. On November 18, 1978 he married Patricia Simpson in Las Vegas, Nevada.
A resident of Round Lake Beach since 1972, Peter had been a truck driver for 17 years for Polk Bros. Before retirement he had been employed as a maintenance supervisor for the State of Illinois Marina at Winthrop Harbor.
He was a veteran of the U.S. Army serving in the Vietnam War.
Peter was an avid coin collector, he enjoyed collecting guns and talking with other gun collectors. He was an avid hunter of pheasant, deer and duck. He also enjoyed visiting the casino’s.
Survivors include his lifelong companion and beloved wife of 33 years, Patricia; children, Peter Beaudry Jr. of Jackson, MI, Kimberly (James) Gutowski of Lindenhurst, James (Michelle) Caldwell of Winthrop Harbor, Shari Witnik of Bristol, WI; ten grandchildren; one great-grandchild; and two sisters, Bonnie Brown of Big Bay, MI and Ione Barr of Grant, MI.
He was preceded in death by his parents; and two sons, Robert Beaudry and Alan Caldwell.
Visitation will be from 4 p.m. until 8 p.m. Thursday, August 23, 2012, at Justen’s Round Lake Funeral Home, 222 N. Rosedale Court (at Cedar Lake Road), Round Lake, IL.
The funeral Mass will be at 10 a.m. on Friday, August 24, at St. Joseph Catholic Church, 114 N. Lincoln Road, Round Lake, IL 60073.
A graveside service will be held at 1 p.m. on Sunday, August 26, in Big Bay Cemetery, Powell Township, Big Bay, Michigan.
For those wishing to send an expression of condolence, the family suggests memorials to National Emphysema Foundation, 128 East Avenue, Norwalk, CT 06851 or to the National Rifle Association, 11250 Waples Mill Road, Fairfax, VA 22030.
For information, call the funeral home at 847-546-3300. Friends may send the family an on-line condolence at www.justenfh.com. 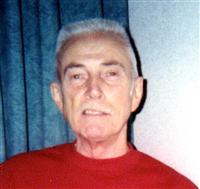 To leave a condolence, you can first sign into Facebook or fill out the below form with your name and email. [fbl_login_button redirect="https://justenfh.com/obituary/peter-l-beaudry-sr/?modal=light-candle" hide_if_logged="" size="medium" type="login_with" show_face="true"]
×