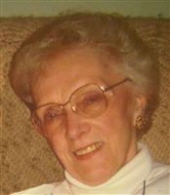 She was a lifelong resident of the Johnsburg and McHenry areas. For many years, she was employed by McHenry Medical Group. Later, she was the office manager for Drs. Wilt, Lorenc and Stein, until her retirement in 1996. She continued to work as the secretary of the McHenry County Medical Society for many years.

A loving grandmother, she helped to care for her grandchildren for a number of years as they were growing up. Other enjoyments included crafting, especially needlepoint, crocheting, and sewing, antiquing, and working in the yard.

She was a member of St. John the Baptist Church in Johnsburg.

Inurnment will be at a later date at St. John the Baptist Cemetery, Johnsburg.

For information, call the funeral home at 815-385-2400. Friends may send on-line condolences to the family at www.justenfh.com. 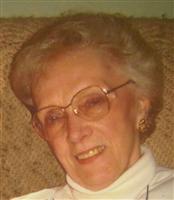 To leave a condolence, you can first sign into Facebook or fill out the below form with your name and email. [fbl_login_button redirect="https://justenfh.com/obituary/phyllis-kalemba/?modal=light-candle" hide_if_logged="" size="medium" type="login_with" show_face="true"]
×