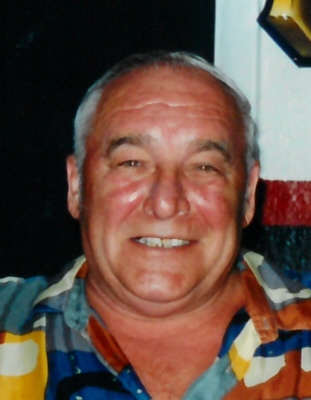 Raymond Joseph Boro, age 89, passed away peacefully on Thursday, April 9, 2020, at his home in McHenry.

Ray was born in Chicago to John F. Boro and Estelle (Bezak) Boro on August 22, 1930. When Ray was 10 years old, his parents opened a restaurant/tavern called The Vogue, in Lakemoor, and moved the family there to live. It was in Lakemoor that he made many life-long friends, learned to hunt and fish, and attended a one-room schoolhouse; a far cry from the St. Bonafice Catholic School in Chicago that he previously attended.

Upon graduating from McHenry High School in 1948, he began work as a milkman. Seeking a more adventurous career path, he proudly enlisted in the U.S. Navy in 1950. After completing basic training at Great Lakes Naval Station, he was stationed in Pensacola, Florida. He received his AD classification as an airplane mechanic and plane captain. He served on four different aircraft carriers: the USS Lake Champlain, USS Coral Sea, USS Monterrey, and USS Boxer. He was a 65-year member of the American Legion and the VFW.

Upon returning from the service, Ray worked at The Vogue, and then became a laborer in the construction field, and finally a cement mason. He was a member of Operative Plaster and Cement Mason Local 11 since 1957.

That same year, he married the love of his life, Catherine Nelson, and they moved to McHenry. They were married for 43 wonderful years before her passing in 2000. Together they raised four children, Ray, Judy, Terry, and Michael. His style of parenting was reflective of the times, with fathers providing for the family and moms parenting the kids. In spite of his hands-off approach in the early years, he went on to become a very important and cherished part of the lives of his children, grandchildren, and great-grandchildren.

Ray lived life by his own terms. He loved country music, cold beer, and an occasional brandy old fashioned (muddled). He loved his family, and was a proud Dad and Grampa. His favorite times were spent with his buddies at the Legion, up north at the lake, vacationing in the Cayman Islands, or sitting in his back yard watching the birds that he religiously fed. He enjoyed gardening, crossword puzzles, and heating his house with a wood-burning stove. He lived frugally, but was extremely generous, often doing good deeds anonymously. He was a voracious reader, making multiple weekly book requests of the Johnsburg Library, usually in the World War II genre. He was patriotic, a loyal friend, and a good man. He will be missed.

He was preceded in death by his loving wife Cathy, his parents, his brothers Gene Boro and John (Corky) Boro, and son-in-law Michael Mai.

A special thank you to all who cared for him during the final weeks of his life; nurses, doctors, techs, JourneyCare Hospice, and especially his loving caregiver, Zophia.

Private services will be held at St. Patrick’s Countryside Church in McHenry.

There will be a celebration of a life well lived for Ray at a later date due to the coronavirus. He would famously say “take short puffs”. Wise words for these unsettling times.

To leave a condolence, you can first sign into Facebook or fill out the below form with your name and email. [fbl_login_button redirect="https://justenfh.com/obituary/raymond-joseph-boro/?modal=light-candle" hide_if_logged="" size="medium" type="login_with" show_face="true"]
×