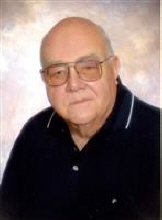 Raymond K. Keyser, age 79, of McHenry, died Thursday, April 7, 2011, at his home. He was born July 26, 1931 in Chicago to Raymond L. and Ruth (Matzdorf) Keyser. He married Barbara Sebastian on November 12, 1955 at St. Philomena Church in Chicago.
Formerly a longtime resident of Chicago, he was a resident of McHenry since July of 2003.  Employed by the Village of Wilmette for 30 years, he was a water meter repairman from 1964 until retiring in 1994.
A great family man, he always set aside time for his children and later his grandchildren. He enjoyed special outings and activities with his grandchildren, and they will always treasure the memory of his special mashed potatoes.  An avid sports fan, he really enjoyed cheering for the Bears, the Hawks, and the Cubs, and never missed a sports game played by his sons while they were growing up.
Survivors include his wife of 55 years, Barbara; four children, Kevin Keyser of Des Plaines, Eileen (Joseph) Szkorla of Chicago, Brian (Judy) Keyser of McHenry, and Michael (Laura) Keyser of Oswego; seven grandchildren, Timothy, Amy, Sarah, Eric, Caitlin, Kayla, and Kristen; a great grandchild, Neil; and three sisters-in-law, Joan Sebastian of Rolling Meadows, Sharon (Charles) Estrello of Twin Lakes, and Barbara (the late John) Sebastian of Niles.
He was preceded in death by his parents and a daughter in infancy, Karen Ann.
The visitation will be from 10 a.m. until noon, Monday, April 11, 2011, at Justen Funeral Home & Crematory, 3700 W. Charles J. Miller Road, McHenry, IL 60050. The funeral will be at noon Monday with The Rev. Roger Schneider officiating.
The cremation rite will be accorded privately.
Memorials to Hospice of Northeastern Illinois would be appreciated by the family.
For information, please call the funeral home at 815-385-2400. Friends may send on-line condolences to the family at www.justenfh.com.

To leave a condolence, you can first sign into Facebook or fill out the below form with your name and email. [fbl_login_button redirect="https://justenfh.com/obituary/raymond-k-keyser/?modal=light-candle" hide_if_logged="" size="medium" type="login_with" show_face="true"]
×