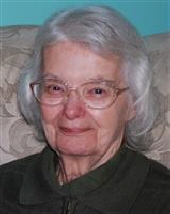 She was born March 14, 1929 in Chicago to William and Sophia (Ott) Fleming.  Following high school graduation, Regina was employed as the company switchboard operator at Streeter-Amet in Grayslake.  It was there that she met a co-worker who would be her future husband, Merlyn D. Jernberg, and on July 19, 1958, they married at Our Lake of Victory Church in Chicago.

After a career hiatus to raise her family, Regina returned to work as a switchboard operator for  Illinois Bell for the remainder of her career.  After retiring from full-time employment in 1993, Regina enjoyed a part-time position at Johnsburg High School as a lunch lady.  She loved visiting with the students, and they expressed their love and concern for her when she missed work due to illness.

A loving wife and mother, she was devoted to her family.  She enjoyed being a spectator at her children’s sporting events.  After she and her husband retired in 1993, they began traveling throughout the United States, making several trips to Florida and enjoying whale watching trips to Oregon.  A second home in Hayward, WI allowed them to spend several months there during the year.  She loved to spend time outdoors where she loved to birdwatch, and enjoyed fishing and sailing with her husband, as well as camping.

Other enjoyments included needlepoint and cross-stitching, and cooking and baking, with rhubarb pie being a specialty.  An avid Chicago Cubs fan, Regina also loved to play card games, teaching all of her grandkids to play rummy.  Other favorite pastimes included reading, and spending time with her dogs, most recently Rinny.

She was preceded in death by her husband, Merlyn, on June 12, 2013; and a brother, William Fleming.

Interment will be in St. Patrick Countryside Cemetery, McHenry, IL   60050.

For those wishing to send an expression of condolence, her family suggests memorials to a veteran’s organization of the donor’s choice. 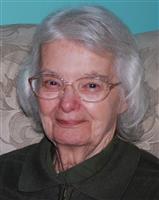 To leave a condolence, you can first sign into Facebook or fill out the below form with your name and email. [fbl_login_button redirect="https://justenfh.com/obituary/regina-m-jernberg/?modal=light-candle" hide_if_logged="" size="medium" type="login_with" show_face="true"]
×